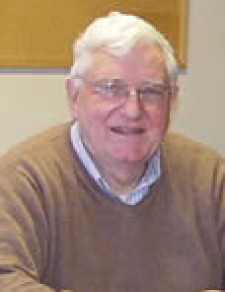 KALAMAZOO, Mich.—Dr. David Wiley, professor of sociology and former director of the African Studies Center at Michigan State University will present “Africa After 9/11: Rethinking U.S. Definitions and Policies” from 3:30 to 5 p.m., Thursday, April 12, in 2028 Brown Hall on the campus of Western Michigan University.

Wiley is one of three nationally and internationally recognized scholars who will give campus presentations in the spring 2012 Distinguished Lectures on Africa Series hosted by Western Michigan University’s Center for African Development Policy Research. All talks are open to the public free of charge.

Dr. Bilinda Straight works with Samburu pastoralists in northern Kenya, examining consciousness, cosmology, material culture, gender, health and violence. She has published scholarly articles in a variety of journals and edited volumes. She is the editor of “Women on the Verge of Home” (SUNY, 2005), and author of “Miracles and Extraordinary Experience in Northern Kenya” (University of Pennsylvania Press, 2007). She has been the recipient of numerous grants and awards from such prestigious organizations as Fulbright and the National Science Foundation. 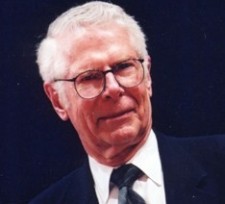 Dr. Theodore Vestal has served as an expert witness in more than 115 political asylum cases of Ethiopians and Eritreans since 1996. In 1964 to 1966, he served as a Peace Corps executive in Ethiopia and has maintained an academic interest in the country and its people ever since. Vestal is the author of “The Lion of Judah in the New World: Emperor Haile Selassie of Ethiopia and the Shaping of Americans’ Attitudes toward Africa” (Praeger Publishing, 2011) and “Ethiopia: A Post-Cold War African State” (Praeger Publishing, 1999).

Dr. David Wiley served as director of the African Studies Centers at MSU from 1978 to 2008 and at the University of Wisconsin-Madison from 1972 to 1977. His research has focused on Zambia (urban housing and development); Zimbabwe (race relations, religious movements); Kenya (participatory fisheries management); South Africa (urban environment) as a Fulbright-Hays Senior Fellow at the University of KwaZulu-Natal; and, internationalization and less commonly taught languages in the U.S. Wiley is currently conducting research on militarization in Africa. His most recent publication is “International and Language Education for a Global Future: Fifty Years of the U.S. Title VI and Fulbright-Hays Programs” (co-ed, MSU Press, 2010).

The Center for African Development Policy Research lecture series is co-sponsored by WMU’s Haenicke Institute for Global Education; departments of Anthropology, Economics, Foreign Languages, History, Political Science, Sociology and Spanish; Light Center for Chinese Studies; Office of Diversity and Inclusion; University Center for the Humanities; and Walker Institute for the Study of Race and Ethnic Relations.