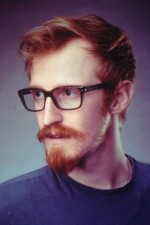 Nicholas Anderson is a part time instructor of video, and full time Commercial Cinematographer at Whirlpool Corp.  He has been photographing professionally since 2007. He began shooting in Bitburg, Germany with a small Air Force newspaper, The Eifel Times. With this newspaper, he covered; European bomb threats, building fires, demolition exercises, and morale concerts. He then moved state side to study Aviation and then Photography and Intermedia at Western Michigan University. His commercial Career has allowed him travel to Brazil, photograph from Helicopters, and become a commercially certified drone pilot, a certification driven by his current pilot license.