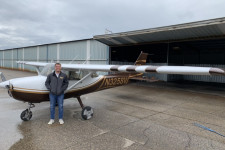 Been and many of his fellow Illinoisans chose WMU because of its decades-old reputation in the aviation industry and its "amazing" training resources. He mentioned the fleet of aircraft available to log flying hours and the FTDs (Flight Training Device), which "in my opinion sets Western apart from other universities." 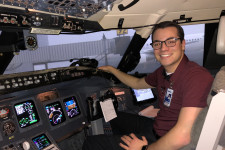 Shortly after his graduation in April 2019 with degrees in both aviation flight science and aviation management (with a minor in economics), Brown taxied into the real world and is now a first officer for SkyWest Airlines flying out of Detroit. SkyWest was founded in 1972 and still calls St. George, Utah, its home headquarters. Like many College of Aviation alumni, he thinks the best thing about his job is simply going to work. Yet getting there is not all that easy. "Becoming an airline pilot is a lot of hard work as countless other alumni can attest," Brown says 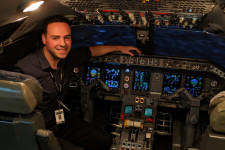 Blain's diploma in aviation flight science was awarded by the Western Michigan University College of Aviation in 2014, a symbol of the wisdom he showed in warming to the sales pitches in the "Pure Michigan" messages on TV.  He hails from Skokie, Ill., and graduated from Niles North High School in 2010.  This level of experience qualified Blain for his current duties -- first officer for Envoy Air, a 14,000-employee subsidiary of American Airlines that was formerly known as American Eagle and is headquartered in Irving, Texas.  As American's largest regional provider, Envoy has hubs in Chicago, Dallas, Miami and New York City, and today flies the products of the Brazil-based aircraft manufacturer -- Embraer -- that was established in 1969. 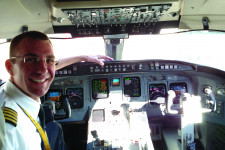 Choosing to plot his course through Western's aviation program seemed "like a great fit from the start," Gokey says, "beginning with a welcoming experience with that first step on campus.  I knew Western had a great aviation program, but its other activities and events gave me a comprehensive education."  The combination served as a four-year quinella for the program's 2012 alumnus who graduated with a degree in aviation flight science and is currently employed with Delta Airlines. 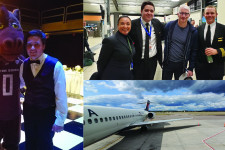 Raised in the southeastern Michigan village of Pinckney, Thaler says choosing WMU for higher education was an easy decision. "Being a Michigan native and with the opportunity to attend a top-tier aviation program only two hours from home was very appealing. I also appreciated the fact that Western had a Division 1 sports program." Thaler earned his degrees in aviation flight science and aviation management and operation -- with a minor in general business -- in the spring of 2015. On the way to that achievement, he worked as a webmaster for the College of Aviation during his entire time at Western. He also took part in recruitment events and tours for the college, which landed him a post-graduation job with Crosswinds Aviation. 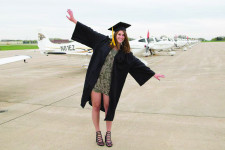 When Maya Thornley was growing up, "Rocky Mountain High" was more than a John Denver song. For her, it meant flying with her dad in the skies over her home state of Colorado. While being a WMU instructor was her first official job in aviation, her first out-of-the-Western-loop position -- no doubt assisted by her Alpha Eta Rho days -- was with PROAIR Aviation that was founded in 1996 and located in Paducah, Ky. The Colorado native is now affiliated with Aviation Advisor Inc. that has locations Kenosha, Wis., Naples, Fla., and the Chicago area. It specializes in charters, aircraft management, acquisitions, and consulting with enterprises seeking to add an aviation component to their operations. 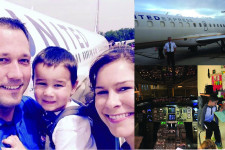 On the way to his 2004 degree in aviation flight science and aviation management with a minor in business, Justin Mertel first served as a dispatcher at the college's airfield.  Then, like the majority of his WMU student colleagues, he spent semesters as a flight instructor.  Mertel says that job not only added to his air hours, but also taught him a great deal about effective time management, helping to prepare him for his "dream job" at United Airlines. 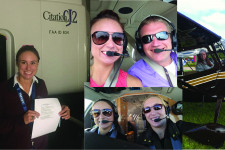 Abby Ragsdale (Raymond) is making her "success" march as well. Since August of 2019, she has been flying for the aviation department of Steelcase, a century-plus-old enterprise headquartered in Grand Rapids that, with 12,000 employees, has grown far beyond its origins as a maker of office furniture and equipment. 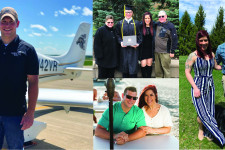 Anthony was not your typical fresh-faced student after the ink dried on his Navy discharge papers.  While he knew avionics inside and out, he believed he needed to learn more about aircraft engines and the science of flying. Close to his Gull Lake home was the College of Aviation with its "reputable" program in aviation maintenance. 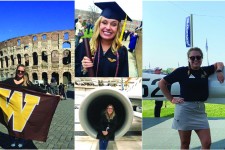 Tierney's degree in aviation science and administration came in 2014.  All of which has prepped Tierney for the current post in her chosen profession -- a pilot recruiter for Republic Airways' LIFT Academy, its new flight school.  In this role, she can also be a contact for WMU graduates in their quest for employment in the aviation industry