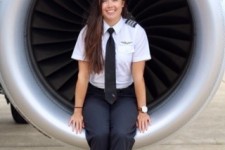 The thrill of piloting is to be in command -- to be the one behind the controls, calling out directives, the one people look to for advice and guidance. This is so important to pilots that they track their time as “pilot in command.” But the command aspect goes beyond being the authoritarian behind the yoke. For some, being in command begins when individuals take control of their lives and begin charting their own destinies. 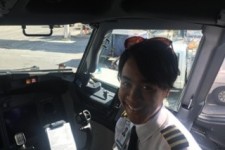 “I've never known an industry that can get into people's blood the way aviation does,” stated Robert Six, founder of Continental Airlines. For Monique Grayson, her first infusion occurred at the age of 12, when she took her first flight to San Francisco with her family. Little did the young girl from Kalamazoo, Michigan realize how this initial aviation experience would direct and change her life. 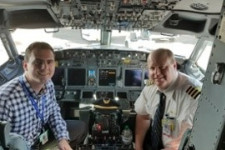 "Hey Patrick! Apply for this internship. If you get it, drop your classes and push your graduation date by seven months." This was, essentially, what my uncle said to me when he tried to “sell” me on the United Airlines internship.

Happy New Year to our aviation family and friends! Now is the time of year when I like to reach out to our partners, alumni, advisory board members, and friends to share with you updates from the institution, as well as invite feedback you may have. 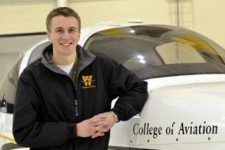 Western Michigan University College of Aviation has developed a reputation in the industry of producing professional pilots that are highly sought after and consistently top performers in airlines and corporate aviation departments.

“The desire to reach the sky runs very deep in the human psyche” according to the famous Argentine American architect César Pelli. While Pelli was referring to the desire of our species to build taller and taller structures, his thoughts have significant applications to the world of aviation. From the beginning of powered flight in 1903, humans have continued to look and push upwards. For WMU College of Aviation Alumnus Mark Brady, this desire was innate. Based on his pedigree, Brady was destined to take to the sky. 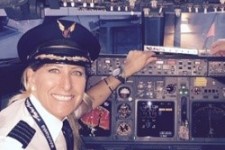 The path of life winds around, twisting and turning until we eventually find ourselves heading in the correct direction. While we often begin heading one way, we soon find ourselves detoured towards another destination. Slowly, but surely the navigation begins to make sense and our end point comes into focus. For many in the aviation industry, the pathway into the field became crystal clear soon after their first aviation experience. For Julie Thiele, the allure of aviation was like a fine wine. It took time. 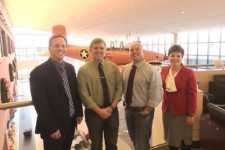 Airport operations are at the heart of aviation. The responsibilities of overseeing day-to-day tasks reside with the efforts of talented airport managers who are responsible for every minute detail. At the Kalamazoo/Battle Creek International Airport, four Western Michigan University alumni are at the helm.

Happy New Year, although a bit late, to our aviation family and friends. I’ve got some really exciting updates to share with you and welcome any feedback or conversations you might like to have.