Marty Coaker grew up in Rockford, MI.  Aviation was in his blood and he wanted to transcend the confines of gravity.  According to Coaker, “My parents say that it’s (aviation) always been something that I wanted.  As long as I can remember, flying has been my goal.” 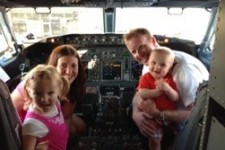 Captain Dave Powell, dean of the College of Aviation, is often quoted as saying, “Sometimes it’s better to be lucky, than good.” Very often, we have the best of intentions; going into something with a keen sense of where we are heading. However, it is common to experience some turbulence, or other life-changing event, resulting in rerouting our plans. Sean Egglesfield was both good and lucky.

Three quarters of a century.  A drop in the bucket when thinking about the galactic calendar, but pretty significant when talking about the history of aviation.  75 years ago aviation was barely an industry; at worst – a fad, at best – the next best thing.  Standing on the precipice those many years ago, only those with vision, fortitude, and instinct were brave enough to trust their instincts and launch themselves head first into this brave new world.

As a student at Western Michigan University’ College of Aviation, George “Chip” Wasinsky dreamed of the day his career would take off.  With a solid aviation blood line, Wasinsky was destined to enter the business.  His journey would run the gauntlet – taking him from the bottom, up the career ladder. 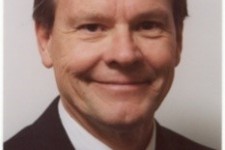 "Doc" was born and raised in Illinois where he began looking to the skies and dreaming of flying an airplane. He started taking flying lessons at the age of fifteen and received his PPL at seventeen. "Doc" graduated from the University of Illinois, Institute of Aviation with an A&P Mechanics license, then entered WMU to complete his aviation education.
When looking at the experiences, accolades, and impact of Clarence Newton (Pappy) VanDeventer, it is hard not to be wowed. The man was immersed in aviation, his influence reaching far beyond the boundaries of Western Michigan University. Summing up her father, Cheryl VanDeventer said it best, “Keep in mind, my father was first and foremost a teacher, who just happened to have a lifelong love of anything to do with airplanes.”

As the college kicks off a celebration of 75 years of aviation education, our diamond anniversary, we thought it would be fitting to update you on recent important events and the many facets that are helping to shape the future of our graduates. 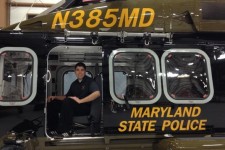 Growing up in Corry, Pennsylvania, Abe Herr, a 2010 graduate of Western Michigan University’s College of Aviation, was surrounded by transportation. Although the little city, located in Erie County near the northwest border of New York, was better known as a railroad town, it also had an aviation connection. 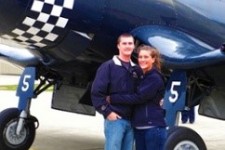 Aviation is a unique industry. On a macro level, the industry has united a world in ways never conceived. Through the magic of flight, the world has shrunk: cultures, countries, and customs brought together, separated only by the time required in flight. However, every so often, aviation can be viewed on the micro level when the fantasy world of flight brings together two individuals. Their passion for aviation is only rivaled by their passion for each other.
Aviation gets into people’s blood. Talk to most aviation enthusiasts and they can pinpoint the time in their life when this happened: a gift of an airplane at an early age; the sight of a strange looking craft streaking across the sky; a first flight. Whatever the reason, these experiences change the individual forever. For some of these people, this enthusiasm for aviation turns to passion and begins a journey that has a lasting impact. Tom Deckard is one of these people.