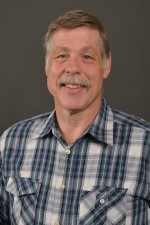 Balden worked in avionics/electrical systems installation and testing, as well as in quality assurance/inspection. While employed at Raytheon, Balden was selected by the FAA to serve as a Designated Manufacturing Inspection Representative—DMIR. He has worked for several air carriers, including Virgin Islands Seaplane Shuttle (Grumman G-73, G-73T), American Airlines (MD-80), United Feeder Service (BAe ATP) and Spirit Airlines (MD-80).

He is an FAA-licensed Airframe and Powerplant—A&P—Mechanic. He holds an Inspection Authorization—IA—from the FAA, and a General Radiotelephone Operator License with Radar Endorsement from the FCC. Balden was first designated by the FAA as a Mechanic Examiner—DME—in 1999. He is also an examiner for FCC licensing.

His research interests are in the occupational licensing and professional credentialing of aviation maintenance personnel; he has published several articles and given several presentations in this area. Before coming to WMU, he taught aviation technology for four years at Fairmont State College in West Virginia. His primary teaching areas are avionics, electrical systems and aviation law.