1950
Robert L. Rizzardi, B.S.’50, has written his life story and plans to make the autobiography available to WMU.

1980
John P. Miutz, B.B.A.’80, was promoted to retail development manager at the Virginia Lottery after serving as marketing manager at the organization for 17 years.

Karl R. Roelofs, MBA’82, worked for Lear Sieglar/Smiths Industries as a cost accountant for 24½ years. He has been a realtor in the Grand Rapids area for the past 14 years.

Andrew D. Widner, B.B.A.’93, MBA’98, operates a successful business with his wife in downtown Kalamazoo. The Spirit of Kalamazoo is a part of a host of exciting businesses in the downtown area.

2000
Brian C. Burch, B.B.A.’00, was honored by the Grand Rapids Business Journal as one of its “40 Under Forty” for 2015. Burch is the founder and managing partner of the public relations firm Burch Partners. Starting with just two clients, Art Prize and Start Garden, the firm has grown to 26 clients in three states in just two years.

Myla D. Edmond, B.B.A.’00, was hired as director of marketing and communications at the University of California Education Abroad Program.

Amy L. Larson, B.B.A.’06, is now a foundation associate with The Spectrum Health Foundation and Helen DeVos Children’s Hospital Foundation. Larson also serves as volunteer coordinator on the board of the Spectrum Health Young Professionals external committee and was nominated for the Unsung Hero Award by the group. Larson is a triathlete and one of five Michigan residents to compete in the “Escape from Alcatraz” triathlon in San Francisco, California.

2008
Tamara D. Warren, B.B.A.’08, has completed her MBA at Northwood University in Lansing. She recently celebrated four years at the Michigan Senate as an enrolling clerk. 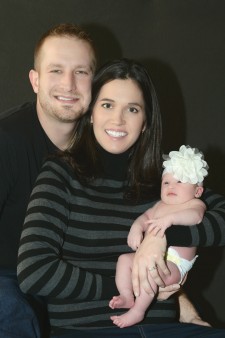 Alvin J. Hills, IV, B.B.A.’11, was honored by the Grand Rapids Business Journal as one of its “40 Under Forty” for 2015. Hills is the co-founder and executive director of Endless Opportunities, a nonprofit that focuses on mentoring male African American and Latino youth to help them succeed in school and prepare for the future.

In Remembrance
John D. Sheppard, professor emeritus in accountancy, died Oct. 15. He was 83. Sheppard retired in 1992 after 27 years of service. He joined WMU as an assistant professor of accountancy in 1965, and he became an associate professor in 1970. He earned bachelor’s, master’s and doctoral degrees from the University of Missouri.