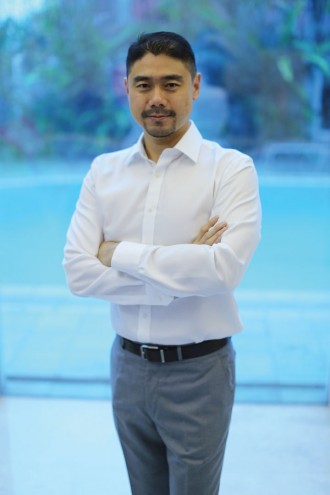 Chee Tor, B.B.A.’98, has spent his career since graduation building iconic brands. Now, he is building the brand for his new startup, Star Fans Alliance, which harnesses the power of fan-base, content and social media marketing to connect celebrities and their fans to brands of the highest quality. As he begins working on launching his own business, Tor reflects on the lessons learned from his past roles and how both market analysis and creating unique opportunities have been critical to his success.

As an executive with DraftFCB Chicago, and later with DraftFCB Shanghai, Tor dove into consumer insights and was able to use them to position two of his accounts, Nivea and Mr. Muscle, for success in the Chinese market.

With Nivea, he had considerable success with the men’s care line. Tor led the development and launch of China’s first anti-fatigue and brightening skin care line for men, which propelled Nivea for Men into a leadership position for many years. Part of that success was that Nivea was open to adapting its strategy by region. “The client’s global strategy was to focus on ‘What Men Want,’” says Tor. “In China, the brand focused on Chinese men’s need to be recognized for their potential for success. The Q10 anti-aging cream was positioned as an anti-fatigue cream as Chinese men are more concerned about looking revitalized and poised for success, rather than reversing the signs of aging skin. In other Asian markets, the focus was on reversing the signs of aging, where that message was more on target.”

With Mr. Muscle dish detergent, the goal was to penetrate new markets and extend the cleaning agent’s reach into households with lower total income than its traditional consumer. This involved hundreds of in-home visits, where Tor’s team saw how Chinese consumers would habitually dilute dish soap in buckets of water before using it to wipe down countertops and then use the remaining dish soap solution to clean dishes. “To become part of the consumers’ cleaning routine, we designed the packaging, formulation and advertising to facilitate such usages for the new Mr. Muscle dish detergent,” says Tor.

After his time with DraftFCB, Tor moved to skin care company Bio-Essence. When he joined the firm in 2010, Bio-Essence was a fairly new brand with limited sales channels and retail outlets in China, and Tor’s charge was to grow the brand. “Conventional national and regional media investments would have been highly inefficient, as consumers would have limited access to the products post exposure to the advertising,” says Tor.  “As such, our key focus during that time was to aggressively grow our distribution and sales outlets with ‘push’ strategies. We sought to build brand buzz and confidence among provincial distributors and national modern trade buyers. We focused on key provinces with high-growth potential and designed specific retail programs to build strong success stories that would entice prospective distributors and retailers to take on the brand.”

Over time, Tor’s team created national and regional events where Bio-Essence’s celebrity brand endorsers would grace consumer sales and seminar events in the top performing markets. As the Bio-Essence brand grew and Chinese consumers’ shopping behaviors evolved, the company began offering its products online, and Tor’s team spearheaded that effort, seeing the need to build a digital ecosystem for Bio-Essence products and the benefits of the data that would come from online sales.

And it is Tor’s experience with celebrity endorsements, e-commerce, social media and experiential branding that has set the tone for his new company. Now, he will apply all he has learned to marketing his company, which will focus on what he has always done so well, connecting consumers and brands in ways that offer powerful win-win situations, and often, new or novel business models.