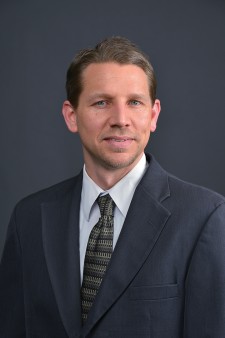 When an invitation to a convening at the White House arrived from the U.S. Department of Labor, Dr. Kyle Brink, assistant professor of management, accepted the opportunity to participate in a national initiative to improve diversity in the first responder workforce.

“Due to the nature of the work, public safety departments promote almost entirely from within. If there is no diversity at entry-level, it is impossible to have diversity up through the ranks and in positions of influence,” says Brink. “As a Department of Justice representative indicated during this meeting, the past several decades have shown that we can’t litigate ourselves out of this problem. More innovative and proactive solutions are needed.”

The initiative is a collaborative effort between the Department of Labor, Department of Justice, Equal Employment Opportunity Commission, White House, and International Association of Fire Fighters.

As one of a handful of industry experts invited, Brink says the initial meeting, which was held at the White House in July, was designed to kick off the effort and determine some next steps.

“Agency heads expressed the importance of the issue and their commitment to it. Attendees had the opportunity to share challenges and strategies during break-out sessions,” says Brink. “We soon realized that this convening was too short and that additional meetings or other methods of soliciting input are necessary.”

According to Brink, the group discussed the challenges to diversity in the first-responder workforce. “This is a multifaceted issue that spans across recruitment, hiring, training, promotion, and retention.” The group identified additional barriers, including—