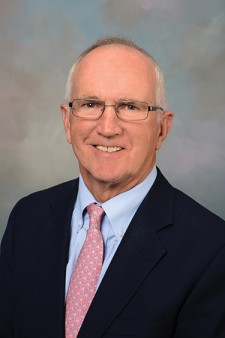 After 40 years in public accounting with Crowe Horwath LLP, one of the largest public accounting and consulting firms in the U.S., Robert Herr retired. During his successful career with Crowe, he served private and public clients across many industries including financial, distribution, construction, service, retail and health care.

In 1984, Herr moved to Grand Rapids to start a new office. Here, he served as managing partner until retiring. Herr also served on the firm’s executive committee for six years, oversaw charitable giving for a number of years, chaired the internal audit committee and was the initial chair of the firm’s risk management initiative.

Herr has been an active business and community leader. He has been a board member of Macatawa Bank Corporation since October 2010 and joined the board of Agility Health, Inc. in 2011. He is also on the board of a local privately held company and serves on numerous nonprofit boards including Mercy Health Physician Partners, Downtown Improvement District, Western Michigan University Foundation, Jandernoa Entrepreneurial Mentoring and many others.

Herr was awarded the 2006 National Kidney Foundation's Galaxy Award for Business, the 2007 Michigan Association of CPAs public service award, and in 2009 was the inaugural inductee into the Academy of Outstanding Accountancy Alumni at Western Michigan University.