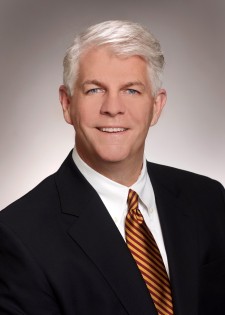 After graduating from WMU in 1982, John Valluzzo immediately entered into the restaurant business, where he has stayed for nearly three decades. His career began at MCDBR Management Company, a family-owned company of McDonald’s restaurants, as a manager trainee.

Gaining experience in restaurant operations, finance, marketing, risk management and human resources, Valluzzo rose in the ranks and became president of the company in 2001. During his tenure, the company grew from 19 restaurants to 58, making it one of the largest franchisee groups in the country. After splitting into two entities in 2010, Valluzzo is now owner and president of Valluzzo Companies. Headquartered in Baton Rouge, the company owns and operates 31 McDonald’s franchises in southeast Louisiana and southwest Mississippi.

As well as operating restaurants, he serves in several leadership positions as a franchisee representative. Valluzzo is the chair of the McDonald’s Central Division Leadership Council. In this role, he represents the interests of more than 1,100 franchisees that own and operate 4,000 restaurants. He also serves on the National Leadership Council as part of its leadership team and on the System Economic Team that reviews the economic model and initiatives for franchisees and the McDonald’s system.