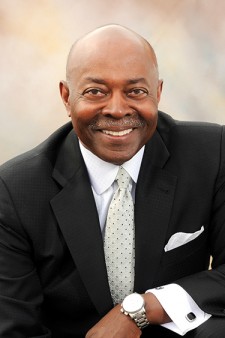 Perry Watson, III, is the president of Lexus of Mishawaka. Before taking this role in 2001, Watson operated a Dodge dealership in Minnesota for nine years and was part of the Chrysler Minority Dealer Training Program from 1990 to 1993. Both dealerships have earned multiple awards for customer satisfaction and market leadership in sales. Prior to his time in the automotive industry, Watson held various positions with Xerox Corporation, Muskegon County and Keen Corporation.

Watson is a member of the St. Joseph County and Greater Elkhart Chambers of Commerce, the Indiana Auto Dealers Association, and is the current chairman of the National Association of Minority Dealers which represents the 1,100 minority dealers across the United States. In his community, he is the current chairman of the Memorial Hospital of South Bend board, and he serves as vice president of programs for 100 Black Men of America, mentoring African American boys, ages 5-18. Additionally, he is on the board of Goodwill for Northern Indiana and is a youth program coordinator for the Northern Indiana Workforce Board.

Among many awards and recognitions, Watson has been named a top 100 dealer by Black Enterprise for 23 consecutive years, received the South Bend Rotary Club Distinguished Citizens Award in 2014, and received the City of South Bend Drum Major Community Service Award in 2008.

Watson received his bachelor’s and master’s degrees in business from Western Michigan University.