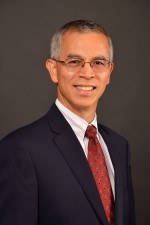 Dr. Li became Dean of the College of Education and Human Development in 2013. Prior to that he served as interim executive director of the Center for International Studies at Ohio University since 2012, serving as that university’s senior international officer. He also filled a wide range of other administrative posts at the university. He was the inaugural chair of the Department of Sports Administration in the College of Business for two years, acting associate dean for academic affairs for the College of Health and Human Services for a year, director of the School of Recreation and Sport Sciences for eight years, from 2002 to 2010, and director of the master’s program in athletic administration in the School of Recreation and Sport Sciences from 2003 to 2010. In addition to his Ohio University posts, Dr. Li also taught at Georgia Southern University for 11 years and was coordinator of that university's sport management program.

Dr. Li received his bachelor's degree in education from Guangzhou Institute of Physical Culture and his master's degree in education from Hangzhou University, both in the People's Republic of China. He received his Doctor of Education from the University of Kansas in Physical Education, Sport Administration. He has served as President of the Alliance for Sport Business, Chair of the Board of Commissioners of the Commission on Sport Management Accreditation, and President of the North American Society for Sport Management.

Dr Li has also served on the editorial boards of several professional journals, including Journal of Sport Management and Sport Marketing Quarterly. He served as a consultant to several institutions in program evaluation and development in sport management. In 1996, he worked for the Atlanta Committee for the Olympic Games as an Olympic Envoy. In 2011, he worked as a consultant for the sports department of the Organizing Committee for the Asian Games.

Dr. Li has published more than 30 articles in refereed journals, numerous book chapters, and four books, International Sport Management, Economics of Sport, Research Methods in Sport Management, and Badminton Everyone. He was the recipient of the 2014 Garth Paton Distinguished Service Award bestowed by the North American Society for Sport Management.