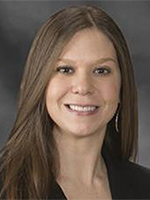 One of the highlights of Armichardy’s career was working as a Systems Engineer on the Japan Ballistic Missile Defense program, where she performed hardware/software installations on the Japan Kongo Class Destroyers. This experience led her to the Lockheed Martin Littoral Combat Ship (LCS) program, which she has worked on for the past seven years at the Fincantieri Marinette Marine (FMM) Shipyard. While working on the LCS program, she has been closely involved in all aspects of ship construction, from keel laying, to module construction, to dockside and at-sea testing, to delivery. In her current role as a Supply Chain Subcontract Program Manager, Armichardy manages the FMM shipyard as well as other shipyard suppliers. She has been recognized internally with two RMS Evening of Excellence awards for superior performance during her career.

Armichardy resides in Escanaba, Michigan with her husband Dave. In her free time, she enjoys travelling, biking, skiing, camping, and cooking.

Please share a favorite Bronco memory:  Working as a Mathematics Tutor in the Math Tutoring Lab. 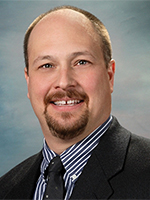 Gerard DeVito served Eaton Corporation in a variety of roles beginning in 1987 until his recent retirement. DeVito, who most recently was Vice President of Technology, Vehicle Group, began his career with Eaton as a Development Engineer. Prior to his last position with the Vehicle Group, DeVito served as Executive Director, Next Generation Automated Transmission Platform Team. DeVito’s 31-year tenure at Eaton also included roles of increasing responsibility in product design engineering, application engineering, product planning, product strategy, and sales and marketing.

DeVito was responsible for global technical development of Eaton’s vehicle group products. In addition, he focused on building organizational capability in the company’s technology and engineering functions. He holds two patents. 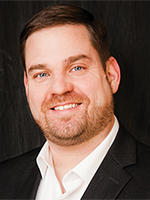 Bob Dunning is Vice President of Technology for Consumer’s Credit Union, a $1 billion financial institution that serves nearly 100,000 members across lower Michigan. While pursuing a bachelor’s degree in Computer Science, Dunning completed an internship for the credit union which became a full-time job. Dunning worked his way up through the ranks of the organization, including serving as technical lead for the credit union’s core banking platform conversion in 2009. Today, Dunning’s responsibilities include overseeing IT operations, software development, information security, and data analytics. He also provides strategic direction and vision for new and emerging technologies.

Additionally, Dunning serves on the Credit Union Industry Board for Hyland Software; the Kalamazoo Promise IT Training Partnership—working to bring IT training to disadvantaged groups in Kalamazoo; the Build IT Together Advisory Council—providing local meetups and technology events to IT professionals in the greater Kalamazoo area; and the WMU Computer Science Advisory Board.

Dunning resides in Texas Township with his wife Abby and children — Audrey, Bobby and Isaac. He enjoys live music, golfing, movies, and spending time with the family, including attending and coaching the children’s sports and scouting. 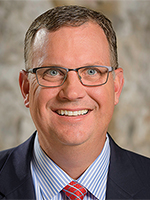 Steve Myers is currently Vice President of Operations for Ahlstrom Munksjö North America Specialty Solutions. Myers has responsibility for A-M’s four-mill complex, including 15 paper machines, and two pulp mills in Wisconsin. Additionally, he has been responsible for the management of the group’s safety, environmental, capital expenditure, and five-year strategic plans.

After graduation, Myers went to the Institute of Paper Science and Technology in Atlanta, Georgia, graduating with his Master of Science in 1993. He has also received a Master of Business Administration in 2008 from the University of Wisconsin-Madison School of Business.

Myers has spent his career working in the paper industry, starting with the market leader for printing and writing companies Consolidated Papers, Stora Enso, and NewPage. He progressed through several quality and operational roles at various mills across North America. In 2009, Myers joined his current company at the Thilmany Mill in Kaukauna, Wisconsin, advancing through multiple leadership positions including Mill Manger. In 2014, he took on a role accessing strategic investment opportunities for the company, which lead to the purchase and start-up of a pulp mill in Maine. In 2016, he accepted the position of VP Operations – Integrated Mills, having overall responsibility for the two pulp-integrated paper mills. Ahlstrom Munksjö purchased Expera Specialty Solutions in 2018, and now Myers has taken over responsibility for all the former Expera Mills in Wisconsin.

Favorite Bronco Memory: Working with classmates in the pilot plant in McCracken Hall, learning machine operations and cramming for exams with copious amounts of coffee. 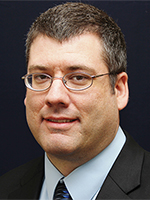 After graduating from Western Michigan University, Erik Pederson ran his own consulting business for five years where he worked with many different companies including Parker, Williams International, Cirrus, Kelly Aerospace, and Cessna. In 2007, Pederson joined Kelly Aerospace Thermal Systems in Cleveland, Ohio as Vice President of Engineering and General Manager. In 2012, he joined Woodward Turbine Combustion Systems in Zeeland, Michigan Engineering Manager and where he’s taken on roles of increased responsibility. Currently, Pederson serves as Vice President and General Manager for Woodward Turbine Combustion Systems.

Pederson is married his high school sweetheart, Lisa. They have three children and return often to the WMU campus for hockey and football events.

Favorite Bronco Memory: Hopefully I can share two. The memory I think about often is flying the Flight Test Aircraft with Art Hoadley for the Flight Test Engineering Class as well working to setup the Wind Tunnel Facility at the Kalamazoo Airport. Another fond memory (the building no longer exists) is the fun times many of us engineers had at Knollwood Tavern. 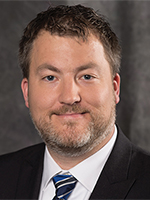 Andrew Rossell, P.E., M.ASCE, was active in the CCA/AGC/ASCE during his time at WMU and interned at Wilcox Professional Associates in Caledonia, Michigan. After graduation, Rossell worked as an EIT for a local engineering firm for several years before obtaining his Professional Engineer license in 2008. Rossell received the American Society of Civil Engineers Young Civil Engineer of the Year award for both the Southwest Michigan Branch and the Michigan Section in 2011. In 2012, he took the Director of Engineering role in Seven Generations Architecture & Engineering, LLC, a start-up owned by the Pokagon Band of Potawatomi Indians. Rossell spent the next two and a half years in that position, helping grow the company.

In early 2014, Rossell founded AR Engineering, a civil consulting firm that works throughout the Midwest. Rossell is a member of the American Society of Civil Engineers Southwest Michigan Branch and sits on the board as a director. He has co-chaired the branch’s golf outing for the past nine years, which is the only fundraiser for the annual WMU scholarship. Rossell also sits on the ASCE Michigan Section Board as Treasurer. He is also a member of the American Council of Engineering Companies. Rossell has been a Big Brother with Big Brothers Big Sisters and volunteered with the Kalamazoo Humane Society’s senior-dog therapy program.

Rossell has been married for 15 years and has two beautiful girls. He likes sports and enjoys hunting and fishing when time permits. He appreciates spending time with his family and friends and being outdoors. 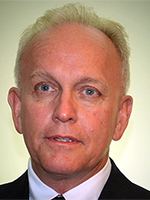 Mark Wallace has been employed by Tenneco in Marshall, Michigan, since 2004. He has had the opportunity to serve in management jobs for environmental, health and safety, process engineering, facilities and maintenance, and continuous improvement. Currently, Wallace is a Continuous Improvement Manager focused on the development of operations management leadership team members, training them in effective leadership and Lean Manufacturing Principles.

Employed at Hi-Lex of America from 1990 to 2004, Wallace managed manufacturing engineering and technical team members and beginning in 1991; Wallace started what has become almost a three-decade-long journey to sponsor WMU engineering senior project teams. One of the best rewards of these WMU engineering projects has been the numerous seniors that Wallace has had the opportunity to hire and develop into successful engineers and managers.

From 2016 through 2017, Wallace had the opportunity to serve as an adjunct instructor for WMU’s College of Engineering and Applied Sciences and considers these two years as some of the best memories of his career. He’s gratified when he hears from former students that their careers are advancing, and they thank him for teaching them some of the “tools” that have helped on their journey.

Since 2011, Wallace has had the opportunity to sponsor and aid several high school robotics programs, always trying to encourage young people to develop an interest and passion for science and technology.

Favorite Bronco Memory: My fondest memories are of several of my professors and the positive impact they have had on me: David Lyth has been a guide and friend for many years, and Fred Sitkins was an inspiration and positive light every time we met. Robert White, A. Houshyar, Larry Mallak and many more showed me how to inspire those around me to have a passion for engineering, and I cannot say enough for how they developed in me a pride of being a graduate of the WMU School of Engineering and Applied Science. 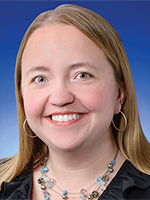 Nikki Weber is currently an Operational Excellence Consultant at Eli Lilly & Co. in Indianapolis, Indiana where she leads projects to lower the pharmaceutical manufacturing costs of first-in-class and best-in-class medicines. Her focus is to help cross-functional teams prioritize complex scientific agendas, that enable Eli Lilly to supply life-changing medicines to patients at a lower cost.

After earning her bachelor’s degree in Chemical Engineering in 2005, she spent several years as a pharmaceutical process engineer at GlaxoSmithKline in North Carolina, and then at Eli Lilly in Indianapolis. In 2010, Nikki earned an MBA at North Carolina State University. During this time, she also became a certified Lean Six Sigma black belt, where she found her passion for continuous improvement. Nikki used these skills in her later role (Product Delivery Project Management) to advance the pharmaceutical portfolio, which allows patients to get quicker access to new, innovative medicines.

Since she was a little girl, Nikki wanted to cure cancer someday. She is achieving that goal and continues to help and inspire others to do their best and make life better.

Favorite Bronco Memory: Late nights studying at Parkview are unforgettable! But my favorite memory was chairing the regional AIChE conference when I was the WMU student AIChE president. 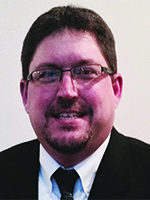 Todd Woods is the Global Director of Program Management at Eaton Corporation, Vehicle Group Division. He has been with Eaton since 1997 in various roles in engineering, quality, advanced manufacturing, and operations. Todd had led the Advanced Manufacturing Engineering group and the North American Operations team. Todd’s success has been defined by his team’s ability to work together in both a positive and impactful manner to his teams and to the organization.

Favorite Bronco Memory: Post exam debriefing sessions at Knollwood Tavern and walking across the stage to receive my engineering degree.