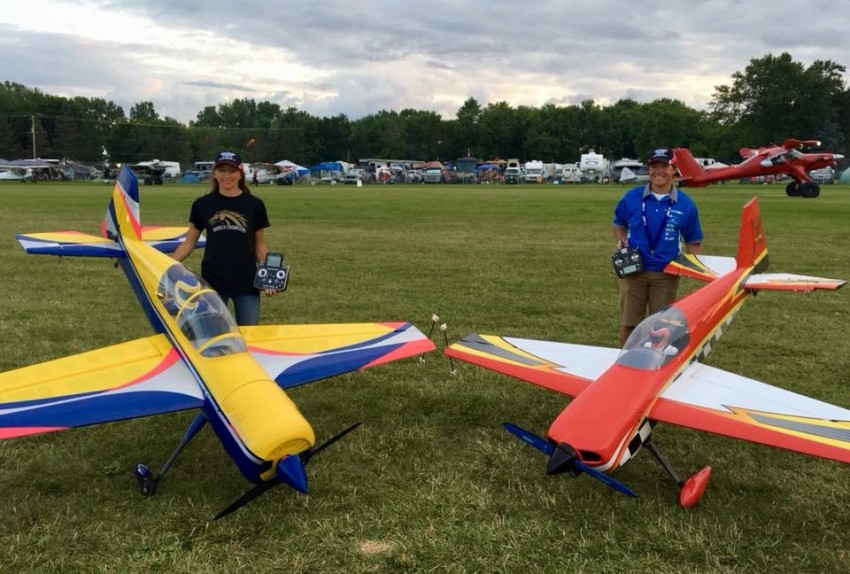 Ashleigh (left) with her radio-controlled airplane.

Soaring high this summer was aerospace engineering sophomore Ashleigh Heath who performed at the EAA AirVenture event in Oshkosh, Wisc. -- the largest annual gathering of aviation enthusiasts in the country, with more than 600,000 attending. She flew three demonstration flights with a giant scale radio-controlled airplane as part of twilight and nighttime air shows, alongside many professional aerobatic pilots.

More than 10,000 aircraft were at the event, including homebuilt aircraft, vintage planes, warbirds, seaplanes and aerobatic aircraft, among others.