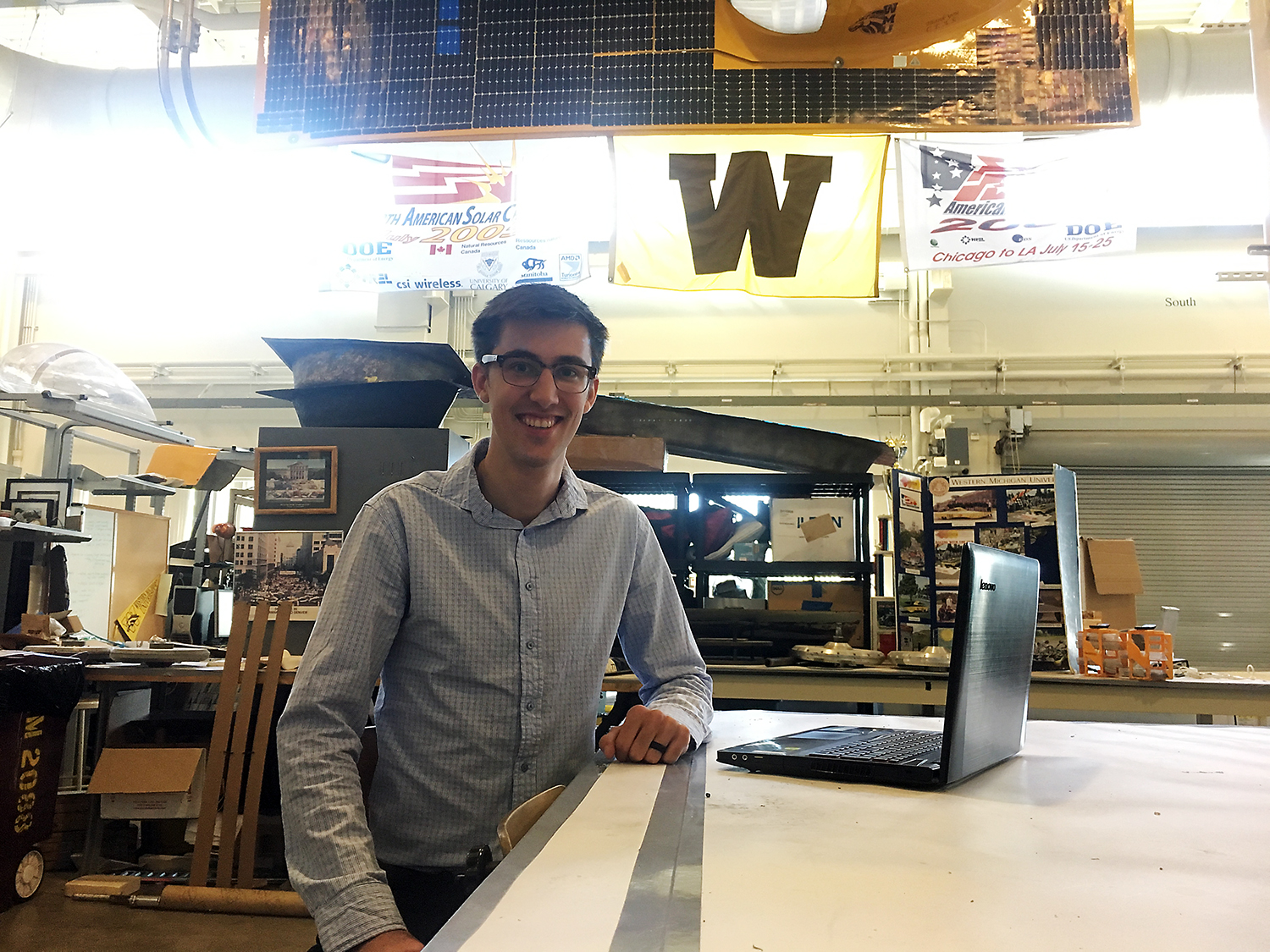 Dallas Chase ’16 went from Western Michigan University mechanical engineering student to founder of an e-commerce machine shop in two short years. He credits opportunities available to him during his undergrad career – from internships to career fairs – with setting him on the path to entrepreneurship. Particularly, Chase points to the College of Engineering and Applied Sciences’ engineering career fair and the internships that followed with giving him the experience necessary to start his business, Ai Machineshop, based in his hometown of Richland, Michigan.

“The College of Engineering and Applied Sciences raises up strong engineers,” Chase says. “The engineering career fair and other career fairs allowed me to land important engineering internships early in my education.”

During internships at Denso and Tesla and an early-career position at Denso, Chase gained knowledge and confidence as well as the idea for his emerging business. Chase noticed what he thought was an excessive amount of time to take a part from the idea stage to fruition. Why, he wondered, can’t a business harness the power of the internet to drastically shorten this time frame?

So, Chase started Ai Machineshop which does just that by bringing eCommerce to machine shops. “We provide online instant quoting and ordering for custom metal parts,” he says. This instant quoting and ordering are what sets Ai Machineshop apart. “If you had to quote 100,000 parts using our competitors’ sites, it would take you about a full years’ worth of your time to create all of the quote requests. That’s a huge waste of your time. Our service wouldn’t take more than a minute of your time to create quote requests for all of those parts.”

After a quote and part design are accepted, Chase works with local machine shops to produce the parts. “At first glance, local machine shops might be viewed as competitors but, rather than opening a new shop that provides the same services and try to battle against other shops, we’ve partnered and work with a lot of local shops to make the existing system and services much more efficient.”

Chase has some advice for current students who aspire to start their own business. The first piece of advice is to be humble and have the courage to share your ideas and ambitions with others.

“You probably think you have a bunch of great ideas and don’t want to share them with anyone,” he says. “You’re going to need to navigate those fears. In all honesty, ideas don’t matter much, execution matters. Other entrepreneurs have their own ambitions that they are chasing rather than getting distracted in ‘stealing’ yours. If you don’t share your ideas, you sacrifice the opportunity to learn freely from others and fail to start.”

Chase recommends budding entrepreneurs begin as soon as possible. “If you seriously want to start a business, don’t wait – start now. Tell people. But keep learning, do well in school, get internships, get involved, and keep your eyes out for a problem to solve.”

While Chase worked hard as a mechanical engineering student, there was time left for play. “My favorite memories that the College of Engineering and Applied Sciences helped facilitate are the memories my classmates and I made outside of the classroom.” He remembers playing touch football and late night/early morning Super Smash Bros. tournaments especially fondly.

He points to participating in registered student organizations as another highlight of his undergrad years – including meeting his wife, Kelli, during involvement with the student organization, Cru, an interdenominational Christian ministry. “Student organizations allowed me to develop deeper meaningful relationships while investigating world views and beliefs. It’s the relationships that were formed through Western and the WMU College of Engineering and Applied Sciences that turned into thriving friendships outside the classroom.”