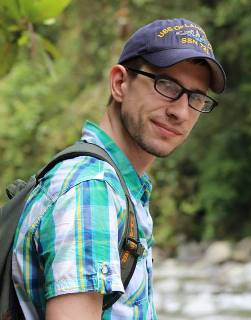 Baird, who is from Alpena, Mich., will intern for The Air Force Research Laboratory Space Propulsion Directorate this summer at Edwards Air Force Base.  He will be working on his Ph.D. at WMU starting in the fall. In addition to the research he will do at Western, his work will require that he conduct research at NASA Glenn Research Center in Cleveland, Ohio.

Prior to attending WMU, Baird attended the U.S. Navy’s nuclear propulsion school and was stationed on the USS Oklahoma City nuclear submarine for four years, where he maintained reactor plant chemistry, tracked crew radiation exposure and prevented the spread of radioactivity during maintenance.

Dr. Kristina Lemmer, Baird’s faculty advisor, said, “Matt is one of the hardest working, most intelligent undergraduate students I have ever had the pleasure of working with. He takes more initiative than most graduate students.”

Selected candidates perform research at their respective universities and at selected NASA centers. In addition to a faculty advisor, each student is matched with a NASA researcher who serves as the student’s research collaborator. According to NASA, “Through this collaboration, students will take advantage of broader and deeper space technology research opportunities directly related to their research objectives, acquire a more detailed understanding of the potential end applications of their efforts, directly disseminate their research results within the NASA community and enhance their understanding of the research process.”