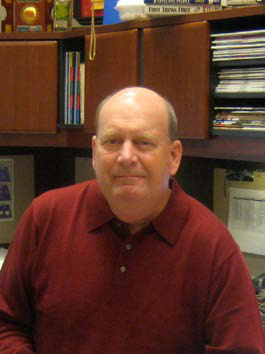 Scott is a native of Findlay, Ohio, and a graduate of The Ohio State University (1973, '76, '78).  He spent three years with Eastman Kodak as a Service Systems Engineer in Rochester, N.Y., after receiving his BS in Industrial and Systems Engineering.  Scott returned to Ohio State as a graduate research assistant funded by an NSF grant, studying white collar productivity measurement.  Upon completion of his Ph.D. in Interdisciplinary Studies (based in ISE), he joined the faculty at Oklahoma State University from 1978-1984.  In the fall of 1984, Scott joined the ISE faculty at Virginia Tech and led the Virginia Quality and Productivity Center from 1984-1997.

Scott has written three books and more than 40 papers and articles, and has consulted extensively.

Scott joined the private sector in 1997 and served as VP of Business Process Reengineering for Exchange Solutions (Boston/Toronto) and then from 2004-2007 as VP of Business Process Improvement for MDS, Intl.  in Toronto.  He designed and launched a very successful Operational Excellence (LeanSigma) Program for MDS (Global Life Science Company). In the fall of 2007, he decided to return to academia and his alma mater to develop and lead a LeanSigma Certification Program in the College of Engineering.  The LeanSigma Certification Program has been exceedingly well received by ISE undergraduate candidates. The 53 projects to date have generated some $4 million in direct benefits to local business and industry.  (e.g. The Limited, Kroger, OSU Medical Center, PPG, Mid Ohio Foodbank, Diamond Innovations, Rosati Windows, Kahiki Foods, Smiths Medical, Donato’s Pizza, and others).

In addition to his position at Ohio State, he is currently also working on sponsored work with Sears Canada.  He reports to the Executive Vice President for Corporate Transformation and is directing the Transformation Design and Deployment Team, including Business Process Improvement.

Scott and his wife Bea spend as much of the summer, as schedules permit, at their home on Smith Mountain Lake, Va., and enjoy golf, boating and time with family and friends.