Grad’s journey to success from Malaysia to WMU to Ford 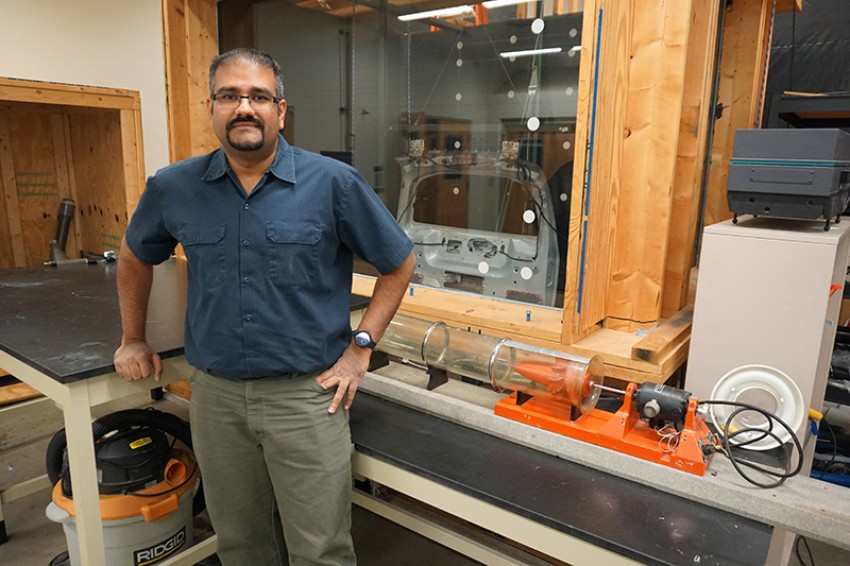 Sudesh Woodiga was a high school student in his native Subang Jaya, Malaysia, when he first heard about Kalamazoo and Western Michigan University’s College of Engineering and Applied Sciences. After reading about WMU’s Mechanical and Aerospace Engineering program, he knew he’d found where he wanted to get his higher education. Woodiga was drawn to the college by the opportunity to get hands-on experience, the ability to conduct research and development as an undergraduate, and the University’s wind tunnel facility.

After taking prerequisite courses at Sunway University in Sunway City, Malaysia, for a year and a half, Woodiga transferred to Western. He traveled to Kalamazoo with a group of transfer students from Sunway University in the spring of 2002. “We came in April from a tropical climate to Michigan where it was, maybe, 45 degrees,” he says, laughing.

Woodiga has advice for Malaysian students considering coming to Western Michigan University. “Do it! Don’t have fear and ask questions,” he says. “Coming to a new country is intimidating at first but ask questions of anyone and everyone. Everybody here is helpful and willing to answer any questions.”

Woodiga specialized in experimental aerodynamics during his doctoral studies, spending a lot of time conducting experiments at the University’s wind tunnel at the Kalamazoo Battle Creek International Airport. His work centered around developing optical measurement techniques to measure and understand the behavior of air around an object, including ground and air vehicles.

“My mentor and faculty advisor, Dr. Tianshu Liu, and I developed a novel technique of measuring skin friction on the surface of any object in airflow, the Global Luminescent Oil Film Skin Friction Meter to understand the complex flow behaviors on 3D separated flows,” Woodiga says. Examples of complex 3D separated flows are on a delta wing mainly used in fighter jets and the rear end section of a passenger vehicle. Woodiga also worked on smaller, short term aerodynamic and fluid flow research projects for automotive and medical companies. 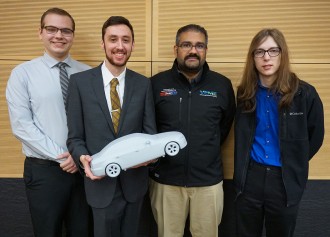 “I’ve been involved in many corporate strategic projects involving aerodynamics, but the one that stands out the most was being the lead aerodynamicist in the development of the 2018 Ford Mustang,” Woodiga says.

WMU students are now benefiting from Woodiga’s knowledge and experience. For the last several semesters, he has been guiding students through their senior capstone projects as they study and formulate answers to a challenge presented to them by Ford Motor Company.

“My involvement in the senior capstone projects is a service to the academic community,” Woodiga says. “It’s crucial to help develop the next generation of engineers by introducing them to industry-relevant problems in aerodynamics and guiding them in understanding the problem and developing practical solutions.”