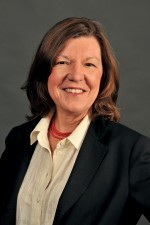 Essays, reviews, and chapters in:

The Eccles Centre at the British Library named her Visiting U.S. Fellowship in 2014.  Under her direction, a WMU team won Fulbright Summer Institute grants in 1999, 2000 and 2001 for international professors.  Joslin became a Fulbright Senior Specialist and traveled to Egypt in 2008.  WMU Alumni honored her with the Excellence in Teaching Award in 1997.