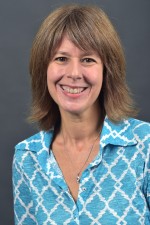 Dr. Lisa Cohen Minnick is an associate professor in the Department of English at Western Michigan University.

Minnick joined the faculty at WMU in 2004 after two years as a Marion L. Brittain Postdoctoral Fellow at the Georgia Institute of Technology. She regularly teaches Language Variation in American English and the Development of Modern English and has also designed and taught specialized courses including Language, Gender and Culture; Language in the African American Community; the Language of American Literature; and Politics and the English Language.

Her first book, Dialect and Dichotomy: Literary Representations of African American Speech (University of Alabama Press, 2004), was named a Choice Outstanding Academic Title in 2006. Her work also appears in Language and Literature, The Southern Journal of Linguistics, Varieties in Writing: The Written Word as Linguistic Evidence, and The Encyclopedia of Southern Culture.

She is at work on two book projects:

A recipient of the 2010 College of Arts and Sciences Faculty Achievement Award for Professional Service, Minnick has also been nominated twice for the WMU Distinguished Teaching Award and once for the Emerging Scholar Award. She co-chairs the WMU Linguistics Steering Committee, serves as president of WMU-American Association of University Professors, is a National Council officer for AAUP and is faculty advisor for the WMU chapter of Sigma Tau Delta, the international English honor society. She also serves on the executive committee of the Modern Language Association Division on Language Change and recently completed a three-year term on the editorial advisory board for American Speech, the journal of the American Dialect Society.