KALAMAZOO, Mich.—Western Michigan University’s College of Aviation will highlight its aviation programs being offered in Florida and a virtual reality experience during the world’s largest aviation event, the Experimental Aircraft Association’s AirVenture, July 24–30. The Oshkosh, Wisconsin, event attracts more than 500,000 people each year. 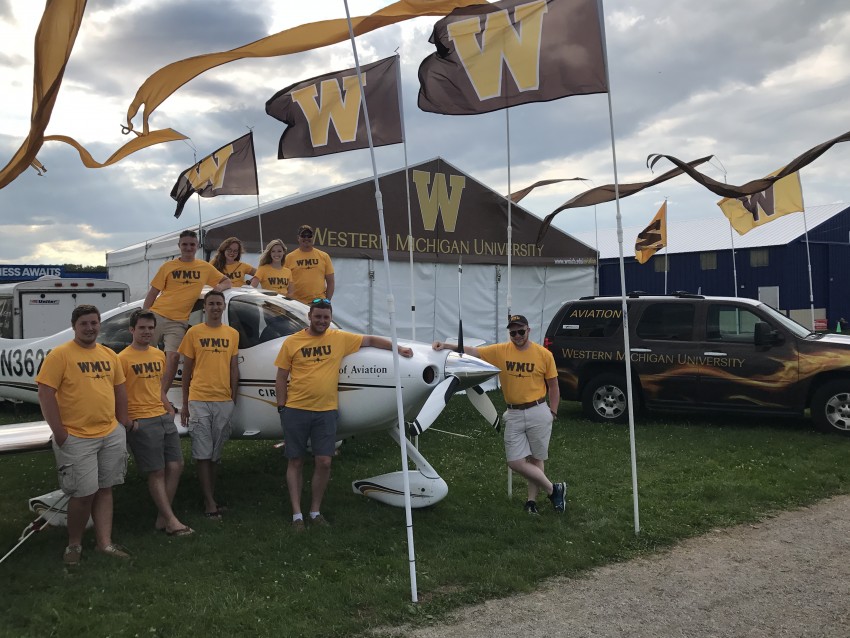 “We’re thrilled to showcase the aviation programs Western Michigan University has to offer to prospective students and all aviation enthusiasts. Additionally, we are proud to announce we now have two locations, one in Kalamazoo, Michigan, and the other in Punta Gorda, Florida, where students can become Aviation Broncos,” said Captain Dave Powell, dean of WMU’s College of Aviation. “This is the world’s largest aviation event. We’re thankful to the Experimental Aircraft Association for having us back. It is a great opportunity for the College of Aviation.”

Participants at EAA Airventure Oshkosh will have an opportunity to learn about WMU’s aviation programs, which will see the launch of a second location this fall at the University’s Punta Gorda, Florida, regional location. Programs in Florida will include a flight science program, which will be offered on the campus of Florida SouthWestern State College and the Punta Gorda Airport, and an online aviation management and operations program.

In addition to viewing aircraft from one of the most sophisticated flight fleets in collegiate aviation, EAA participants will be be able to immerse themselves in the sights and sounds of the College of Aviation and take a virtual tour of WMU's campus through the VR experience. During AirVenture Oshkosh, the WMU College of Aviation display is located at booths 45 and 46 in the Aviation Gateway Park.

The College of Aviation received Higher Learning Commission approval in March 2017 for the Punta Gorda campus, allowing the University to move forward with plans to launch bachelor degree programs in aviation flight science and aviation management and operations in the state of Florida.