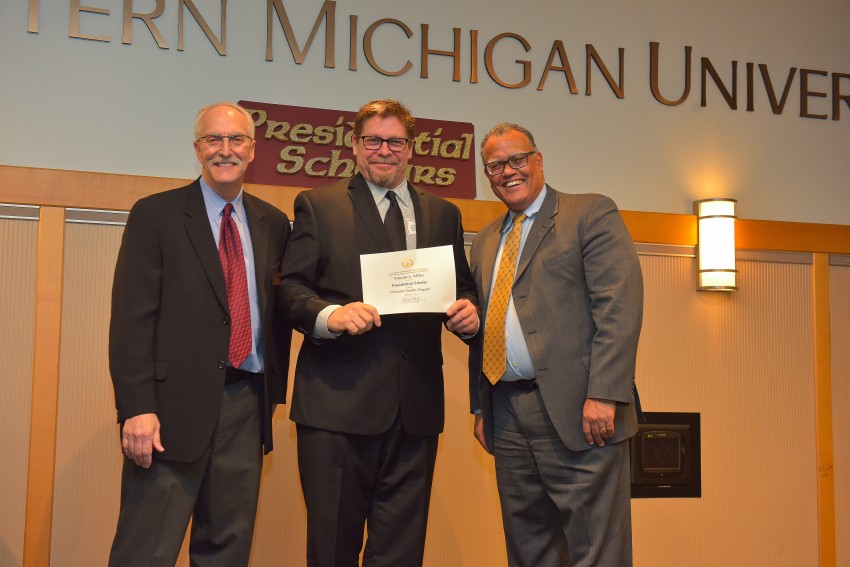 The annual Presidential Scholar designation is the highest honor WMU can bestow on an undergraduate. The award goes to the most outstanding seniors in each of the University's academic schools, departments and specialty programs. This year’s designated scholars graduated during the 2018-19 academic year.

Students are nominated by their respective colleges and departments for showing general academic excellence, academic and artistic excellence in their majors, and intellectual and artistic promise. Jessica Parker, director of academic advising for the University Studies program, nominated Miller to receive this honor.

“Vincent exemplifies how exciting it can be for students to complete their degrees and go on to work in fields they are passionate about,” says Parker, who began advising Miller in 2013. “The process of returning to school helped him discover a passion and education opened doors that wouldn’t have opened for him otherwise.” 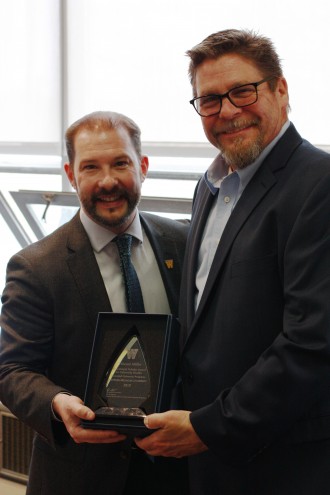 Miller says he is thankful for Parker who helped him realize his lifelong dream of earning a college degree. He briefly attended WMU in 1989 but ultimately decided to enter the workforce instead of completing his degree. After being laid off from his career in audio engineering for film in 2013, he realized he needed to retool his career.

As she does with all her students when they begin planning coursework, Parker encouraged Miller to consider what is most important to him. After taking an addiction studies course, Miller discovered that his recovery from substance abuse and his passion for music as well as the medicine of sharing music and recovery with others could come together in a unique way.

The University Studies bachelor’s degree completion program is built for students like Miller, who have prior college credits from community colleges, WMU or other universities, but now have life experience and passions in other areas. Together, they created an academic plan for Miller to become an addictions counselor by combining coursework in behavioral health, music and addiction studies.

Today, with the additional support of friends and family, he is a certified recovery coach, peer recovery mentor, and alcohol and drug counselor. He has worked with the Berrien County Jail and co-facilitated men's recovery groups there with the Community Healing Centers' Niles office. Miller is able to incorporate his love of music in his work, playing guitar and singing daily with addicts in groups at both the Gilmore and Elizabeth Upjohn Community Healing centers.

Miller and the rest of the 2019 scholars were recognized during the 39th annual Presidential Scholars Convocation, held on campus March 22. Extended University Programs, which serves as the college for the University Studies program, also recognized Miller during a reception April 25.