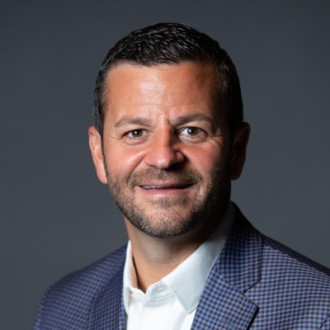 Phil Rosse is the president of Mark Anthony Brands, Inc. He has been with the Mark Anthony Group of Companies (MAG) for 14 years and has been leading the company’s U.S. business since 2013. Mark Anthony Brands is the fourth largest beer company in the U.S. and its brands include ready-to-drink beverages including White Claw Hard Seltzer, Mike’s Hard Lemonade and Cayman Jack.

Throughout Rosse’s 25-year career in the alcohol beverage industry, he also worked for Anheuser-Busch InBev (ABI). As a leader, he focuses on building strategies, high-performing teams and strong organizational culture to deliver sustained results. During Rosse’s tenure with Mark Anthony Brands, the U.S. business realized volume growth of 575% and revenue growth of 650%. In 2017, 2018, 2019 and 2020, the MAG U.S. business was the fastest growing top 10 alcohol beverage company in the country. Throughout 2014 and 2015, Rosse also played a critical leadership role in the MAG strategic review and subsequent process to divest the MAG brands outside the U.S. to his former employer, ABI.

Rosse holds a Bachelor of Business Administration in marketing and international business from Sam Fraser University in British Columbia, Canada. He has an Executive Scholar’s Certificate in marketing from the Kellogg School of Management at Northwestern University and he attended the Global Institute of Leadership Development where he completed an executive leadership program with the Linkage Corporation. Rosse is a member of the Young Presidents Organization (YPO) Chicago Chapter, a global network, learning and idea exchange platform for young CEOs.