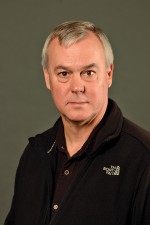 Dr. Jay Emerson is a professor in the Department of Geography at Western Michigan University.

According to Emerson, the acquisition of knowledge and the development of understanding involve observation, memory, creativity, research of previous approaches, repeated trials and critical assessment of successes and errors. "I believe that an educated person should be both literate and numerate, and in my classes I include assignments that emphasize both qualitative expression and quantitative analysis," he states.

Emerson's graduate work involves the idea of screening. When people characterize phenomena that are distributed in space they can rarely make exhaustive assessments so they usually rely upon discrete samples to draw conclusions about the entire population.

This idea has carried over into the second line of research Emerson developed as a result of his association with NASA. Advances in technology are leading to higher resolution satellite images, and the increased volume of this data often exceeds the capabilities of current hardware and analytical techniques even in the face of continued technological advances in computer memory, processing speed and storage capability.

Emerson is working on a research project funded by the National Science Foundation in which geospatial technologies (satellite image analysis, geographic information systems and the global positioning system) are used to improve the likelihood of finding productive Eocene mammalian fossils in the Great Divide Basin, Wyoming. He is also engaged in a project with Dr. Greg Veeck in which satellite imagery is being used to evaluate the quality of rice paddies in an area of western South Korea that has been reclaimed from the sea.