History of the Department

In 1903, when Western State Normal School was founded, the Department of History was dedicated to the education of history teachers.

Western’s first president, Dwight B. Waldo, envisioned the education of history teachers as central to the institution’s mission and taught in what was then known as the History and Civics Department. History teacher education has remained a central departmental mission. In 1919, after the First World War, and as Western became a four-year institution, President Waldo invited a nationally known specialist in history education, Smith Burnham, to chair a reorganized History and Social Science Department. Burnham came with two decades of experience and a national reputation. He later published three widely used secondary-level textbooks, including the highly popular The Making of Our Country (1920) and America, Our Country (1934).

Burnham was especially concerned with the development of future teachers’ critical thinking skills. In a 1904 article in Educational Review, he had urged teachers to use problem solving methods rather than memorization. In one of his own texts, Burnham advocated “analysis, discrimination, comparison, judgment, and decision.”   In 1926, one year before Western made the transition from a normal school to Western State Teachers College, Burnham began teaching a required new course, “the Teaching of History,” for those pursuing high school history certification. Courses designed to foster discipline-specific pedagogy have remained a foundation post of the department’s teacher education program.

In 1943, four years after Smith Burnham’s retirement, the department hired his daughter, Margaret Burnham Macmillan, who had recently completed her Ph.D. in history at Columbia University. She was an experienced secondary teacher who had taught between 1920 and 1934 at Western’s Normal High School--one of six schools operated by Western.

In the post-World War II era Burnham Macmillan energetically promoted the department’s emphasis on teacher preparation. She taught the social studies teaching methods course until 1961. Like her father, she was centrally concerned with developing future teachers’ critical thinking skills. During the 1950s, WMU not only became a university (in 1957), it also started to offer preparation in a broader array of academic programs, as well as master’s degrees. As WMU diversified its educational mission, its enrollment jumped from around 4,500 to almost 10,000. 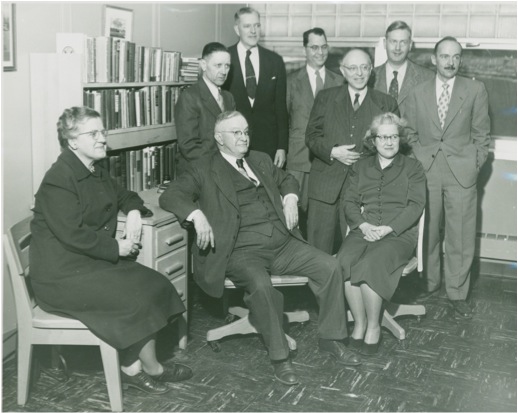 History faculty from the 1950s

Ernst A. Breisach, who joined the history department in 1957, and who later served as department chair (1967-89), recalled that other interests competed with teacher education. Yet students pursuing teacher certification continued to constitute the majority of the undergraduate majors in history, and secondary-level teachers dominated the M.A. program, established in 1958.

Breisach, who had taught in a preparatory school in Austria before he immigrated to the United States, continued to build up the teaching training focus of the department. While he was chair, the department hosted History Teachers’ Day. This event enabled teachers to maintain professional ties among one another and with department faculty. During the 1960’s and 70’s, however, the professional course for teacher education, “Teaching of Social Studies in Secondary Schools,” resided in the College of Education, rather than in the history department.

Publication of "A Nation at Risk" report in 1983 may have contributed to changes at Western that led to reestablishment of the methods course in the history department. Teacher education groups nationwide called for greater emphasis on preparing teachers in their subject areas. In1987 the methods course for history teachers moved back to the History Department. Like its predecessor of the 1930s, the current course, “Teaching Methods for Secondary Schools” emphasizes analytical skills related to the study of history.

During the 1990’s Western grew rapidly as an institution, and the history department devoted much of its attention to its Ph.D. program, which was established in 1992. Still, several faculty members continued the teacher preparation work and shared in the teaching of the methods course, including Dale Pattison, a historian of Latin America. Secondary teachers Gerhard Fuerst and Kelli Sweet also taught the course. Sweet was a long-time Executive Director of the Michigan Council for the Social Studies.

Bruce Haight, an Africanist, taught the course from 1992-99, and established important links with the secondary teaching community. He also brought in grants that facilitated the introduction of African art and history into Kalamazoo and Battle Creek schools.

In 2002, the department appointed Wilson J. Warren, a specialist in history education, to oversee the department’s work with its nearly 500 secondary education history majors. Warren emphasizes a variety of historical methodologies that can be translated into secondary classroom practices. Many of these are detailed in his book, co-authored with D. Antonio Cantu, Teaching History in the Digital Classroom (2003). Warren’s goals for the department are to continue to turn out large numbers of effective secondary history teachers and to establish stronger links to history colleagues in the schools. A current manifestation of this work is evidenced in teacher training funded by Teaching American History grants.

The WMU Department of History today seeks to capitalize on the strengths of a diverse research faculty, while carrying forward some of the pioneering traditions of Smith Burnham and Margaret Burnham Macmillan in history education. 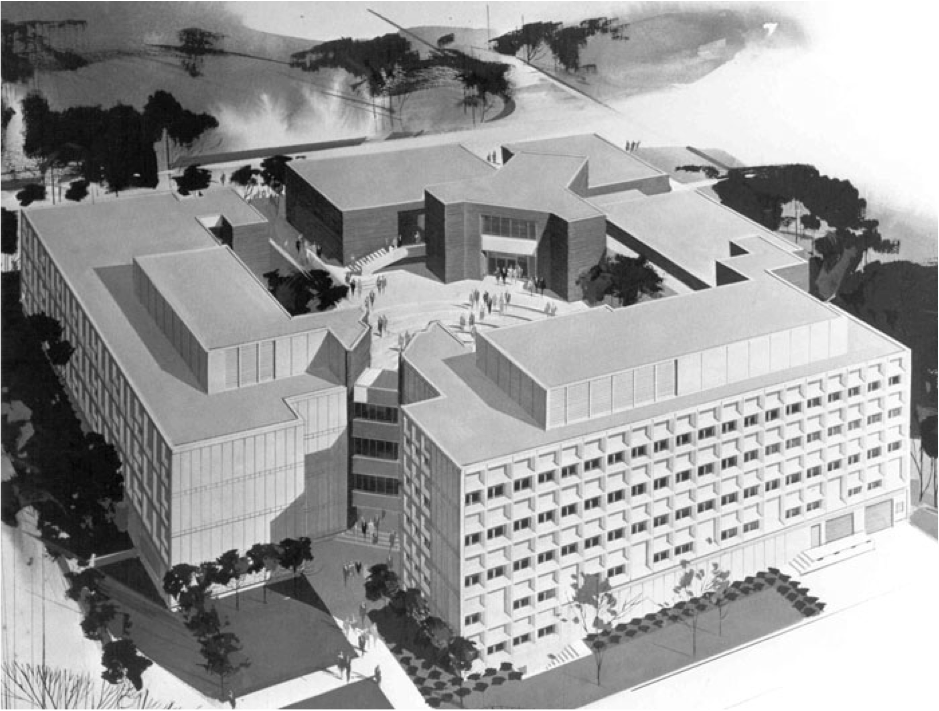