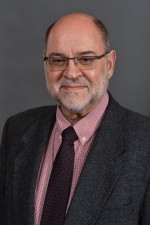 Dr. Brandão is a professor in the Department of History at Western Michigan University. He teaches courses on North American Native history in general, the history and culture of the Iroquoian linguistic group in particular, and on the history of Canada (especially New France) and of Colonial America. Brandão is also co-director of the French Michilimackinac Research Project. The FMRP, a project of Mackinac State Historic Parks, aims at identifying and translating French language materials related to the early history of Michigan, especially of the Straits of Mackinac.

"Your Fyre Shall Burn No More": Iroquois Policy Towards New France and Its Native Allies to 1701 (University of Nebraska Press, 1997; Paperback edition, 2000).