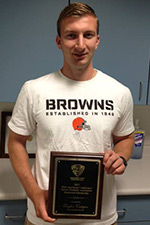 Dec. 5—Taylor Cutajar, a senior in the athletic training program has recently won the Mid-American Conference Sports Medicine Association Memorial Scholarship for 2013! The scholarship is a great honor and the Department of Human Performance and Health Education along with the College of Education and Human Development congratulates Taylor!

Taylor has also just recently returned from his NFL student athletic training internship with the Cleveland Browns and also recently became the first student of the 2013-14 undergraduate athletic training program to pass the Board of Certification exam. 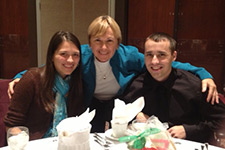 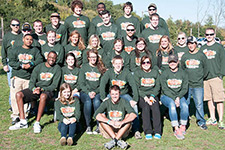 Each year the HPHE 3710 Recreation/Sport Programming Class performs a service-learning project during the fall semester. For the past four years the class has planned and administered the Kalamazoo River Valley Trail Fall Color Bike Cruise. This years 5th annual cruise added Ovarian Cancer Awareness to the event by working with the West Michigan Cancer Center to help make families aware of this disease, a form of cancer that often goes undetected and is very deadly to women.

This event, which was held on Oct. 13, featured three prominent Kalamazoo organizations all sponsoring a family friendly, healthy event for the entire community: Kalamazoo County Parks, West Michigan Cancer Center and Western Michigan University. The success of this year’s event was much greater than past years with 250 people registered prior to the event.

Oct. 21—Julie Ford, office coordinator in HPHE, is an accomplished freelance writer and has had three articles and an essay published in the fall 2013 edition of Michigan HOME and Lifestyle magazine. 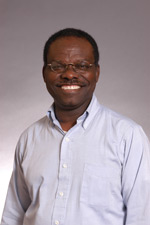 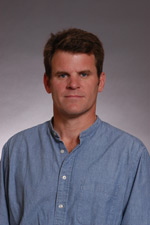 Oct. 17—Professor Dr. Robert Bensley traveled to London in September to present data from his eHealth Behavior Management Model at the Medicine 2.0 conference. The conference is a mix of traditional academic research, practice and business presentations, keynote presentations, and panel discussions to discuss emerging technologies in health and medicine, with an emphasis on Internet-based, social media, and mobile technologies.

May 30—Two graduate students in special (adapted) physical education gave three presentations at the 2013 American Alliance for Health, Physical Education, Recreation and Dance Convention at Charlotte, NC, on April 23-26, 2013. Zezhao Chen gave a presentation titled as "Physical Fitness Differences between Students with Autism and with Down Syndrome in Hong Kong" and another presentation titled "The Comparison of Body Compositions between Young Adults with and without Cognitive Impairments." Chris Farr gave a presentation titled as "The Effect of Exercises on the Concentration of Students with Attention Deficit Disorders." Their presentations were given under the direction of Dr. Jiabei Zhang, a professor in special (adapted) physical education. 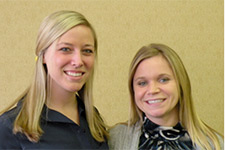 April 23—The health education faculty have selected two seniors to receive an American Association of Health Education “Outstanding Health Education Majors of the Year” award. Each year the AAHE recognizes undergraduate students majoring in health education or promotion from colleges or universities across the country that provide professional preparation health education programs. The outstanding undergraduate students representing WMU are Katie Rietkerk (school health) and Kirsten Henry (community health). These awards will be presented during the AAHE/AAHPERD Annual Convention in Charlotte, North Carolina, on April 26.

April 22—On April 7, 2013, the Phi Epsilon Kappa Western Michigan University student organization hosted a "Jump Rope for Heart" fundraiser for the American Heart Association in the University Recreation Center. The event consisted of activities such as jumping rope, hula hooping, 2-on-2 basketball, football accuracy challenge, basketball shooting challenge, partner jump roping, and a volleyball bump competition, all designed to get the participants heart rates up.

Approximately 20 students participated in the event to raise heart health awareness. Those who joined in the activities were broken into pairs and competed to earn the most points in the various activities. Although final scores were not the most important part of the day some teams earned over 2000 points! We appreciate all of the time and effort everyone contributed and as a result of this wonderful outpouring of support from our student body, Phi Epsilon Kappa has been able to donate nearly $500 to the American Heart Association. The money raised will help fund heart and stroke research and also help individuals of all ages in need of assistance paying for medical costs related to heart health. 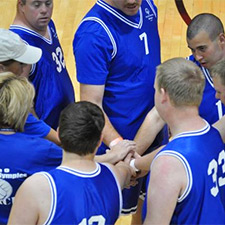 April 22—On March 16, 2013 Western Michigan University hosted the Michigan Unified Special Olympics Basketball State Tournament for the 15th year. This event was successful thanks to the combined coordination efforts of Phi Epsilon Kappa along with their mentor, Dr. Debra Berkey, as well as the southwest Michigan tournament coordinator Jaime Gunderson. Most important to the tournaments success were the 100 volunteers that helped out from the surrounding community as well as Western Michigan University students.

This year's tournament included 24 teams from across the state. About 200 Special Olympians were able to walk away with a medal around their neck thanks to this event. The event offers the athletes an opening ceremony, awards presentation, hospitality room, lunch for participants and volunteers, and a game room for young siblings. Members of Phi Epsilon Kappa are honored to be able to provide this service to the community. They hope to continue to provide service through the Special Olympics community in years to come. 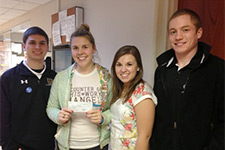 April 16—In March, the Student Professional Association for Sports Medicine began selling wristbands to raise money for WMU alumni David and Marissa Meinema. David graduated from the WMU athletic training professional program in December 2012 and passed his Board of Certification exam in February of this year. Three days after taking the exam, David was involved in a serious car accident, which left him with significant head trauma and facial fractures. Over $2500 has been raised to date to assist David and Marissa with the medical expenses of his rehabilitation. David continues to show improvements in his recovery.
More information on David

April 16—Dr. Deb Berkey, professor of physical education and teacher education, was one of four invited featured speakers for the East Asia Regional Conference of Overseas Schools. The conference was held in Shanghai, China, from March 26-30 at the Concordia International School in Shanghai, China.

April 9—The research paper completed by four personnel of a completed federally funded project, Dr. Jiabei Zhang, Dr. Carol Weideman, Melissa Bogard, and Amanda Chiotti, has been published in the 2013 issue of Volume 10(1) in an internationally recognized peer-reviewed journal, Asian Journal of Exercise & Sports Science. This research paper is titled "Effectiveness of a Recreational Physical Activity Program for Young Adults with Mild Intellectual Disabilities." It evaluates and presents positive outcomes obtained in the implementation of the project "Integrated Recreational Sport Activity Program for Young Adults with Disabilities." 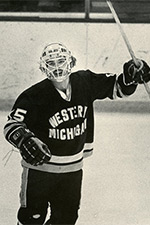 March 28—Wayne Gagne (BS '87, physical education) is one of 12 players selected for the Central Collegiate Hockey Association's All-Time First Team. In honor of the CCHA final season, top performers were chosen from across all 42 seasons as part of their 'Celebrate the Legacy' initiative. 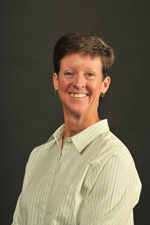