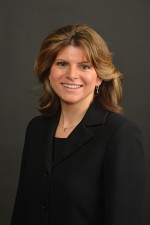 Ryder joined WMU's Haenicke Institute for Global Education in October 2008. She serves as both the Responsible Officer for the WMU Exchange Visitor Program designated by the United States Department of State and as WMU's Principal Designated School Official for WMU, a university certified to enroll international students by the U.S. Student and Exchange Visitor Program.

Ryder was admitted in 2008 to the State Bar of Michigan and the U.S. District Court of the Western District of Michigan. In 2012, she was admitted to the U.S. Supreme Court. She is a member of the American Immigration Lawyers Association and the National Association of College and University Attorneys. She has more than a decade of combined experience in the legal field, including her previous work as a paralegal at Ryan & Ryan in Kalamazoo, Michigan, prior to joining the Haenicke Institute staff. Ryder's primary areas of interest include international education and immigration law.

As director of Immigration Services, Ryder's primary responsibilities include: