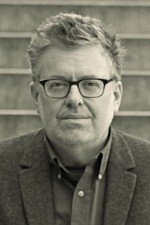 Peter Eldridge ranks “in the celebrated tradition of melodic poets, most famously represented by such disparate voices as Stevie Wonder, Paul Simon, Joni Mitchell, Van Morrison and Steely Dan– singer/songwriters who create catchy, beautiful tunes with insightful lyrics that are both personal and universal” (allmusicguide.com).

Mr. Eldridge continues to draw on his many-faceted talent as he pursues an eclectic mix of activities, including composing, performing, arranging, recording, as well as teaching (the Manhattan School of Music, head of the jazz voice faculty since 1993). He has released four solo recordings: Stranger in Town, characterized by its bittersweet swing and called the Best Jazz CD of 2001 by Boston radio station WICN; Fool No More, full of Peter’s original compositions in a sophisticated pop style, released in the same year (both on the independent label Rosebud Records); and Decorum, a 2005 release of originals.  Downbeat said of Decorum, “If musical intelligence and artistry were prompters to marketplace success, Decorum would grant him stardom. . . .strong, far-ranging voice . . .hauntingly wistful”. Peter ‘s newest project, the latin-inspired Mad Heaven, was just released this February on Palmetto Records. Jazz Review has said of the album, “Mad Heaven showcases Eldridge as a major player in vocal jazz, an artist of extraordinary depth and conviction”.

Peter is also a co-founding member of the double-Grammy winning New York Voices, which has recorded seven studio albums (including A Day Like This released on MCG Jazz in September 2007). The group has made numerous guest appearances, and toured internationally for two decades, with appearances including Carnegie Hall, Avery Fisher Hall, and the Kennedy Center. In addition, compositions by Mr. Eldridge have been included on albums by other artists: ‘Minds of Their Own’, written with Brazilian composer-performer Ivan Lins, was included on Nancy Wilson’s R.S.V.P. (Rare Songs, Very Personal) on the MCG Jazz Label, which won the 2004 Grammy award for Best Jazz Vocal Album; ‘Difficult’ was recorded by Cuban saxophonist-clarinetist Paquito D’Rivera for his The Jazz Chamber Trio, a 2005 release on Chesky Records; and Jane Monheit, who was at one time one of Mr. Eldridge’s many talented students, features Peter’s song ‘Surrender’ as the title track on her acclaimed 2007 CD and also features the Eldridge duet ‘Around Us’, based on a James Thurber quote, on her 2003 Encoded Music DVD, Live from the Rainbow Room. Jane and Peter also recorded a duet for her most recent album Home entitled “It’s Only Smoke”. One of his many choral pieces, simply entitled ‘Prayer’, was recently recorded by New York City’s own Marble Collegiate Sanctuary Choir, on its recording With Many Voices.  In spring 2006, Peter was invited to join Kurt Elling, Jon Hendricks, and Mark Murphy for a‘concept concert’, the Four Brothers.

He is also a member of the vocal group Moss, which combines the talents of Luciana Souza, Kate McGarry, Theo Bleckmann, and Lauren Kinhan. The debut album by Moss was named one of the best CDs of the past decade by Downbeat. Peter also regularly performs with his own band in venues in New York and internationally. He has also worked with Bobby McFerrin (lending his voice to McFerrin’s recent ‘Vocabularies’ project), Michael Brecker, Meredith Monk, Fred Hersch, George Benson, Kenny Werner, David Byrne, Jim Hall, Larry Goldings, the Roches, Jonatha Brooke, Bill Charlap, Betty Buckley, Joshua Redman, and many others. Peter recently wrote the musical score with composer/conductor Adam Waite for the documentary film, ‘No Job for a Woman’, which tells the account of women reporters in WWII, as well as writing his first full-fledged musical with Chicago playwright Cheri Coons about the life, loves and art of Gustav Klimt. He has also recently begun a new duo with bassist Matt Aronoff called ‘Foolish Hearts’, which is recording its first studio project and recently performed in Lativa as well as in the States. Peter’s music was recently featured in NYC’s Playwright’s Horizons production of the new play THIS by Melissa Gibson.  He is regularly askedto lead master classes and workshops around the world, and as guest-conductor has directed AllState groups including New York, Colorado, Iowa, Illinois, and Pennsylvania.

“A superb musical alchemist, Peter Eldridge synthesizes modern jazz with not only pop but also R&B and latin music. The results are varied and dynamic but also aesthetically focused, as Eldridge’s mellifluous baritone and urbane lyrics brim with pop accessibility”  (JazzTimes).