A model of solar thermoelectric generator (STEG) is analyzed based on the concept of converting the thermal energy into electricity. A recent paper on solar thermoelectric generator reported a highest efficiency of 4.6%, in which the system had a vacuum glass in this enclosure, flat panel (absorber), thermoelectric generator and water circulation for cold side. A validation was applied which was in good agreement with this paper. Seeking to raise the efficiency; a same model but using a heat sink instead of water circulation, and applying Dr. Lee’s theory of optimal design using dimensionless parameters will be added in the system. Then, a new design using three segmented elements will be applied. A numerical simulation using ANSYS software will be created in all models for comparing with analytical solutions.

This project focuses on using the technology of thermoelectrics for liquid to liquid low grade waste heat recovery (low temperature). Design and construction of a system of thermoelectric generator modules (TEGs) to convert waste heat into electricity hoping to decrease power generation cost.

Design an analytical modeling along with experimental validation on the thermoelectric system that is used to convert part of the waste heat into usable electrical power hoping to reduce the exhaustion of energy and the environment pollution.

This project presents the consideration of the contact resistance in miniature thermoelectric module farther progress in the development of short-legged thermoelectric micro modules for the cooling of high power density electronic components.

To design a generic model to calculate the Figure of Merit (ZT) value of nanostructures in all the 3 dimensions; i.e.  1-D, 2-D and 3-D and in different types of materials. Also to estimate the effect of ZT on the behavior of electrons and photons.

A study is made based on the Thomson Effect of thermoelectric materials to compare the total efficiency calculated experimentally and analytically while using different parameters to base the study on. A comparison is made with the Thomson Effect involved and with only the ideal equations to determine its effect in practical applications.

This work utilizes a newly developed optimal design theory and dimensional analysis technique, which allows for optimization of thermoelectric parameters simultaneously.  Applying this method on a unit cell located at the center of the TEAC system provides a simple way to study the optimum design and its feasibility; however, further studies are needed to simulate the optimum design of an entire TEAC system from given inlet parameters (i.e., hot and cold air mass flow rates and ambient temperatures). 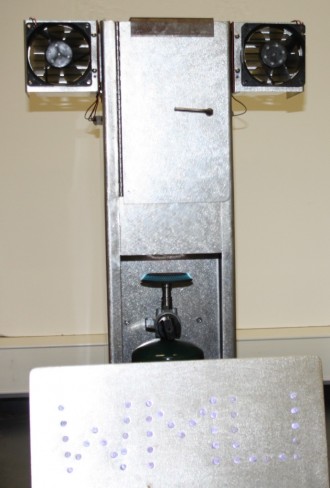 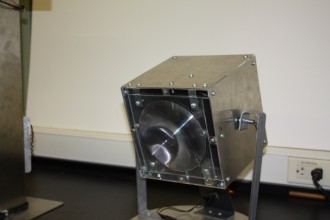 Undergraduate projects as part of coursework

When an electrically insulated stranded wire is subjected to a DC current, heat is generated in the wire, simultaneously dissipating into ambient air due to natural convection and radiation. The wire is anticipated to reach a steady-state temperature. The purpose of this project is an experimental and analytical study that includes the computer simulations on the thermal behavior of the electrical wire. An 18 gauge wire is laid horizontally up in the quiescent ambient air and subjected to three different assigned DC currents separately. The project is divided into three parts: analytical modelling, experimental data and numerical computations. 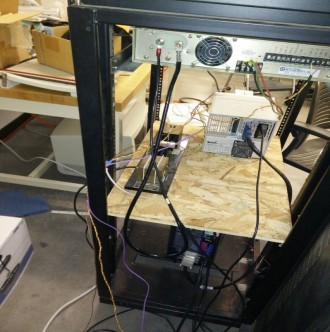