Students pursuing the Master of Arts in medieval studies at Western Michigan University come to the Medieval Institute from a variety of educational backgrounds and from throughout the United States. 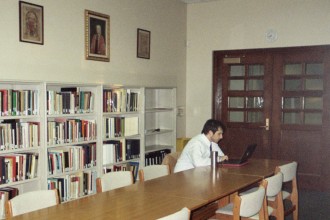 A student studying in the Rawlinson Center 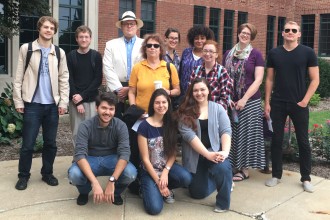 (he/his)
B.A., history, Loyola University of Chicago
Interests: legal development of the early middle ages; influences of Christianity and Islam in the early medieval Mediterranean world; societal transformations of western Europe after the fall of the western Roman Empire 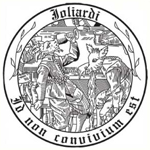 The Goliardic Society is a social organization of the graduate students of the Medieval Institute at Western Michigan University. The mission of the society is to facilitate camaraderie among students, faculty and friends while enhancing the academic environment and multiple opportunities of the Medieval Institute through various donations, volunteer work and scholarly activities.

If you are applying to the M.A. program and would like to be in touch with currently enrolled students, please contact us.