"Icons of Sound and the Exultet Liturgy of Southern Italy"

"'Salvation is Medicine': The Medieval Production and Gendered Erasures of Therapeutic Knowledge"

Sara Ritchey
University of Tennessee, Knoxville
Sponsored by the Medieval Academy of America 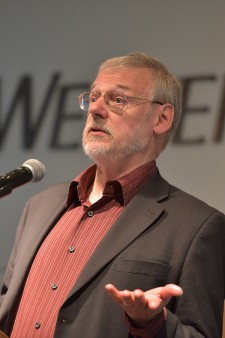 "Artifacts of the Infidel: Medieval and Modern Interpretations of the Sacred Law of Islam"

"The Donkey and the Boat: Rethinking Mediterranean Economic Expansion in the Eleventh Century"

"Religion and the End of the Roman West"

"Modern Toleration through a Medieval Lens: A 'Judgmental' View"

Richard Utz
Georgia Institute of Technology
Article in "The Chronicle of Higher Education" (you are leaving the congress website).

"The Libel of the Lamb: Violence and Medieval Metaphor"

Susan L. Einbinder, University of Connecticut
Sponsored by the Medieval Academy of America

"What They Read, What They Saw, What They Heard: Composers and Sacred Music in Late Medieval Culture"

David Wallace, University of Pennsylvania
Sponsored by the Medieval Academy of America

"Outremer: Byzantine Art in a World of Multiple Christianities"

"Gerald of Wales and the Ethnographic Imagination"

"Why Were Latin Qur'ans Produced in Christian Spain but Never Read There? Reflections on Spanish-Christian Culture during the Long Twelfth Century"

Thomas E. Burman, University of Tennessee-Knoxville
Sponsored by the Medieval Academy of America

"The 'Clerical Proletariat' and the Rise of English: A New Look at Fourteenth-Century Book Production"

"Fictions of Conduct in Medieval France"

"Michael of Rhodes: A Venetian Seafarer and His Book"

"Seeing, Reading and Interpreting the Apocalypse in Complex Medieval Manuscripts"

"When Did the Near East Become Muslim? Patterns of Christian Decline in Palestine, Syria, and Mesopotamia, 634-1340"

"The Good, the Bad and the Ugly"

"Mastering Authority and Authorizing Mastery in the Long Twelfth Century"

"The Medieval Textual 'I'"

A. C. Spearing, University of Virginia
Sponsored by Boydell & Brewer

"Making History: Actions and Agents within the Liturgical Framework of Time"

"Margin and Center: The Book of Hours and the Late Medieval Culture of Prayer"

"The French of England: A Question of Cultural Traffic?"

"Relics, Swords and the Stories They Tell in the 'Chanson de Roland'"

Eugene Vance, University of Washington
Sponsored by the Medieval Academy of America

"Competing Conversations in the Generation of 1400: Townspeople, Inquisitors, Societies of the Devout and Women Writers"

John Osborne, University of Victoria
Sponsored by the Medieval Academy of America

"Reading the Heroes and Saints of Early Medieval Latin Literature"

"The End of Christian Art"

"Tensions, Ambiguities, and the Pressures of History: Constructing the Cultural Biography of Joseph the Carpenter"

"On the Performance of Medieval Music"

Christopher Page, University of Cambridge
Sponsored by the Medieval Academy of America

"The Making of Maid Marian"

"From Roman Tax Exemptions to Medieval Holy Places: Landmarks in the History of Immunities"

"Gothic Ivory Carvings and the Limits of Connoisseurship"

"The Study of Pope Gregory VII"

"Where East is West: Art and Its Viewers on Venetian Crete"

Robin Cormac, Courtauld Institute of Art, University of London
Sponsored by the Medieval Academy of America

"When Did the Middle Ages End? Perspectives of an Intellectual Historian"

Michael Clanchy, Institute of Historical Research, University of London
Sponsored by the Medieval Academy of America

"Thomas Becket: The Construction and Deconstruction of a Saint from the Middle Ages to the Reformation"

"From the Ancient to the Medieval City: Continuity and Change in the Early Middle Ages (with Special Attention to Tours)"

"Tobit’s Nights. A Scriptural (Fish)bone of Contention about Ethical Individualism"

"Medieval Transition from Latin to Romance before 1300"

"Quis Teutonicos constituit judices nationum? Or, the Trouble with Heinrich"

"The Oral Text of 'The Wanderer'"

"The Insular Tradition: An Overview"

"Frederick Barbarossa as 'Lord of the World'"

"In Search of the Real Bernard"

"Norman Art of Sicily and Its Dynastic Patronage"

"Sutton Hoo: The Pros and Cons"

"Learning in the Middle Ages"

"Sermons for the People: The Anglo-Saxon Contribution"

"Why and How to Write the Biography of a Medieval Character: Saint Louis?"

"Society and the Body: The Social Meaning of Asceticism in Late Antiquity"

"The Carolingian Age: Reflections on Its Place in the History of the Middle Ages"

"Signs and Ceremonies in Medieval Monasticism"

"Looking at William Caxton: The Historian's Eye and the Bibliographer's Eye"

"Representation of Time in the Late Middle Ages"

"The Legacy of John Wyclif"

"King Arthur as a Medium for Political Action"

"Crisis of Faith in the Twelfth Century"

"The Crusades from the Point of View of Byzantium"

"Roots and Essence of Colonialism: Medieval Attitudes to Alien Culture and Society"

"The Miracles of St. Benedict"

"Albert the Great and Medieval Culture"

"How Original was Joachim of Fiore's Theology of History?"

"Nova et Vetera: On the Improvement of Our Methods"

"Reform and Revolution in Sixteenth-Century Germany: Perspectives of Research and Discussion"

"Rhetoric and Philosophy in the Renaissance"

"The Rhetoric of Damnation: the Poetics of Dante's 'Inferno'"

"The Idea of Man in the Middle Ages"

"Interaction of Social and Religious Changes in Germany, 1400-1600"

"The Familia as a Basic Structure of Medieval Society"

"Image and Text in the Early Middle Ages: Some Problems in Interpretation"

"The Social Context of Medieval Love Language in Religious, Courtly, and Popular Literature"

"Bernard of Clairvaux and the Language of Love"

"Saint Bonaventure: Some Aspects of His Life and Doctrine"

"The Plowman and the Tree: Labor and Grace in the Fourteenth Century"

"What Is the Most Significant Feature of Medieval Rhetoric?"

"The Reformation of the Twelfth Century"

"The Nature and Value of Medieval Studies"

"The Notion of the Middle Ages"