The Varia series is designed for the use of both scholar and instructor, and contains works of great originality and import within the medieval canon. Often, these works (e.g., musical treatises or chivalric materials) do not fit neatly into the other TEAMS series—which cover such topics as late medieval English or German vernacular literature, historical documents and religious or secular commentaries; as such, Varia functions as a trove of eclectic sources and studies

Proposals or completed manuscripts to be considered for publication by Medieval Institute Publications should be sent to Tyler Cloherty, acquisitions editor for the series, or the chair of the TEAMS editorial board, Russell Peck. 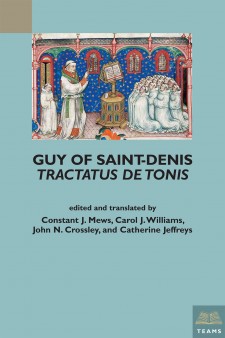 The Tractatus de tonis of Guy of Saint-Denis (written ca. 1300-10) differs from other treatises on plainchant in the depth of its analysis of the various tones into which chant was traditionally classified. The treatise of Guy of Saint-Denis is preserved as the concluding item in an anthology of texts about plainchant that Guy compiled (now London, British Library, MS Harley 281), beginning with some writings of Guido of Arezzo and a Cistercian tonary, but also including the Ars musice of Johannes de Grocheio and the Tractatus de tonis of Petrus de Cruce. Guy's treatise presents itself as a synthetic overview of both the theory and practice of plainchant in a way that combines the very practical reflection of Guido of Arezzo with ideas of more Aristoteleian inspired theorists such as Johannes de Grocheio and Peter of Auvergne. 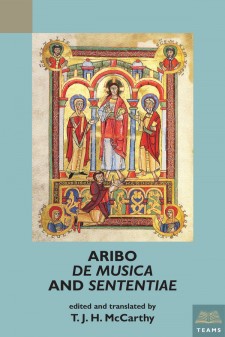 Music was central to the medieval church's public worship: it was the essential medium of the Mass and the Divine office. In this new critical edition, T. J. H. McCarthy presents the Latin text and the first English translation of Aribo's musical treatise, "De musica," and his "Sententiae." 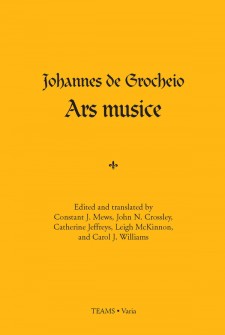 "Ars musice," composed in Paris during the late thirteenth century, reflects Johannes de Grocheio's awareness of the complexity of the task of describing music. 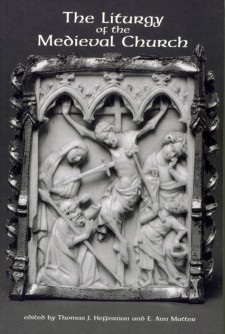 The Liturgy of the Medieval Church, Second Edition

This volume seeks to address the needs of teachers and advanced students who are preparing classes on the Middle Ages or who find themselves confounded in their studies by reference to the various liturgies that were fundamental to the lives of medieval peoples. 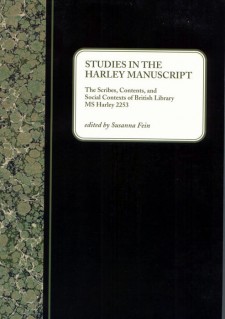 Studies in the Harley Manuscript: The Scribes, Contents, and Social Contexts of British Library MS Harley 2253

This book is the first comprehensive examination of a manuscript that is of supreme value to literary scholars of medieval English literature. 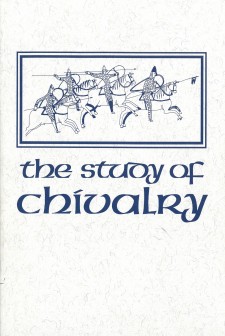 The Study of Chivalry: Resources and Approaches

In a series of essays readers will find information about modern scholarship on the subject of chivalry and various suggestions for ways to teach some familiar and unfamiliar chivalric materials.

Anthony Munday: The Honourable, Pleasant, and Rare Conceited Historie of Palmendos: A Critical Edition with an Introduction, Critical Apparatus, Notes, and Glossary

Munday's translation is based on a Spanish original entitled Primaleón de Grecia I (Salamanca, 1512). This Spanish romance, the second book in the Palmerin cycle, soon became a best-seller in the Spanish market, with several editions published between 1512 and 1588. The work was also translated into many continental languages. Anthony Munday translated his Palmendos from the French version by François de Vernassal late in 1588. The Historie of Palmendos comprised the first thirty-two chapters of the French text and focused on the adventures of Palmendos on his journey to Constantinople. It was reprinted in 1653 and 1663 with slight alterations from the 1589 version. This is an original-spelling edition that produces a most reliable text, as close as possible to the author's original manuscript.