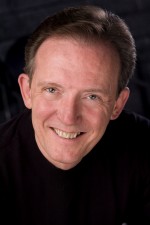 Prewitt has served as a conductor, clinician, adjudicator, language coach, stage director and music director during his career. From 2002 to 2005, he conducted the AMPHION Men's Ensemble in concerts throughout Kansas and Missouri. He has given master classes at Anderson (S.C.) University; Barton County (Kan.) Community College; Bethel College in North Newton, Kan.; North Greenville University in Tigerville, S.C.; the National Autonomous University of Mexico; the National University of Mexico; and Shorter College in Rome, Ga. Additionally, he has served as music director for Flint Hills Christian Church in Kansas, and Trinity Bible Church and Heritage Bible Church in South Carolina.

Prewitt is a member of the National Association of Teachers of Singing and has served as president of the South Carolina chapter.