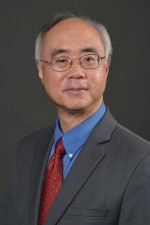 Bradley A. Wong is director of the School of Music at Western Michigan University, and clarinetist with the Western Wind Quintet.  Prior to becoming director in mid-2014, he was professor of clarinet and served as the coordinator of graduate studies from 2010 to 2014. He has received awards in recognition of both his teaching and service to the University, including the College of Fine Arts Outstanding Service Award. In addition to holding teaching positions in major universities, his students have been finalists in national and international competitions, and have been awarded positions in music festivals in this country as well as in Spain, Brazil, France, Italy and Germany. Wong holds a diploma from the Interlochen Arts Academy and received Bachelor and Master of Music degrees from the University of Michigan. His teachers have included David Shifrin, John Mohler and Fred Ormand.

The Clarinet describes Wong′s playing as "breathtaking. . .a fine, liquid tone quality." He has given solo recitals in North Carolina, Kansas, Oklahoma, throughout the Midwest as well as in Canada, Spain and the Dominican Republic. Other solo performances include appearances in Alaska, Georgia, Maryland, New York, and Texas, China and Mexico. He has presented chamber music recitals in Italy and Belgium and in many prestigious venues in the United States, including Carnegie Hall and Symphony Space in New York, and the Library of Congress in Washington, D.C. As a member of the contemporary chamber ensemble Opus 21, winner of the 2006 CMA/ASCAP Adventurous Programming Award, his concerts have received critical acclaim in the New York Times and the Washington Post. Wong has performed at the Fontana Summer Music Festival and at the Chamber Music Festival of Saugatuck. He is the principal clarinetist with the Southwest Michigan Symphony and has given six solo performances with that orchestra. He has also played with the Detroit Symphony Orchestra, the Grand Rapids Symphony Orchestra and the Canary Islands International Opera Festival Orchestra.

Wong is an active member of the International Clarinet Association, and has performed and coordinated events at the annual conferences, and also served as the audio review editor for the ICA journal. In recognition of his service to ICA, he was nominated for the office of president of the organization. He has written for Windplayer magazine and the journal of the National Association of College Wind and Percussion Instructors. As an adjudicator, he has judged the finals of international competitions such as the Fischoff Chamber Music Competition and the William C. Byrd Young Artist Competition.

Wong is a Yamaha performing artist.