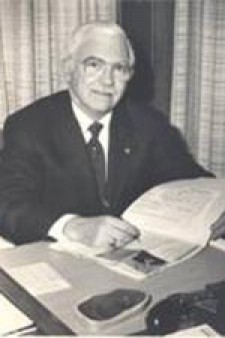 William Birch, M.D., obstetrician and gynecologist, is credited with founding the physician assistant program at Western Michigan University in 1972, one of the first PA programs in the nation and the second in Michigan. Through his continual presence at the state capitol and persistent determination, Birch convinced the legislature that educating physician assistants would be beneficial—and that locating the program in Kalamazoo at WMU would assure its success.

The profession flourished, primarily in great part by the return from Vietnam of military personnel who were trained as medics and who wished to forge a civilian career using their acquired medical skills. Still a popular educational goal, with abundant job opportunities and generous entry-level salaries, WMU's program attracts hundreds of qualified applicants each year.

In 1998, the WMU program converted from baccalaureate to master's degree level, a national trend and another indication that the profession has significantly advanced its stature in the short span of its existence.