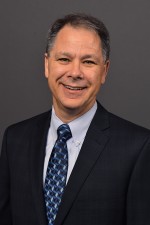 Following his postdoctoral work, Dr. Steven J. Weber joined Oread Laboratories in the Department of Metabolism & Pharmacokinetics, becoming director in 1995. In 1999 he accepted a position with Searle, later becoming Pharmacia, and then Pfizer. During that time he directed groups involved in discovery inflammation research, ADME, pharmacokinetics & toxicokinetics, and bioanalysis in support of discovery research and regulatory drug submissions. While at Pfizer as senior director he had multi-site responsibilities and led several Global Project Teams with respect to lab operations, creation & implementation of operational efficiencies.

Dr. Weber was the founder of Part 58 Consulting (2008-2011) which provided biotech/pharmaceutical companies and CROs guidance on ADME, bioanalysis, toxicokinetics, and regulatory compliance. Dr. Weber joined PharmOptima in 2011 as vice president and COO with responsibilities for the oversight and direction of ADME/PK & bioanalysis, as well as company‑wide technical operations. In March of 2015, Dr. Weber accepted the position of CEO, which along with his previous responsibilities included the oversight of finance, HR, IT, and business development. In March of 2017, PharmOptima was acquired by the Genesis Biotechnology Group and Dr. Weber was appointed to an executive managing director role within GBG.

In June 2018, Dr. Weber joined the Office of Research and Innovation at Western Michigan University as the Research Contract Administrator.

Along with his work in private industry, Dr. Weber is an assistant research professor in the Dept. of Biomedical Sciences within the Western Michigan University School of Medicine and the vice chair of its IACUC.

Primary and subcontracts associated with external funding across the University.