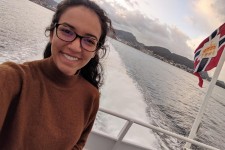 It is sad to see so many people across the world dealing with the same scary situation. At the same time, I am glad to see students being supported in their studies, no matter where they are at. 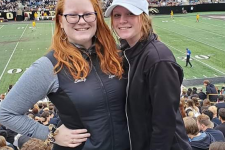 I am a biomedical science major at WMU and I am going to Costa Rica! I am very excited for a multitude of reasons. First of all, I am extremely excited to go to another country and experience the culture. I've been to Mexico and Canada, but it was vastly different as they were vacation based in touristy areas with my family. It'll be different to go on a trip to another country with a group of strangers and receive my education. I will be learning about the healthcare in Costa Rica. I am interested in going into the medical field which is what made me to choose this experience. I also chose to go to Costa Rica because my grandma used to live there. She was a missionary in Costa Rica and Ecuador for approximately 10 years. 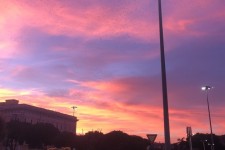 Grocery shopping and laundry isn’t completely different from the U.S., however, there was a learning curve when it came to figuring out how to navigate within stores and drying clothes. There are slight differences that seem smaller now but when in the moment they were a bit of a challenge to overcome.When I first arrived in Florence, I expected finding grocery stores not to be as difficult as it was. 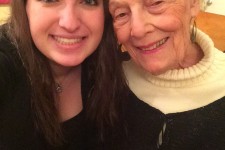 My favorite thing to do is travel. One of my first travel memories was going on an “airplane ride” at three years old to visit my great-grandmother in Arizona. We went swimming, saw the mountains, and ate ice cream together. My great-grandmother and I were very close, as she lived until I was 20 years old. Her favorite stories to tell me were about her travel adventures with my great-grandfather. They traveled to 6 of the 7 continents together (she didn’t have interest in Antarctica) and had all of the artwork displayed around their home to prove it. I believe that her travel experiences impacted her cultured and respectful views of all people within society which I admire and try to emulate. 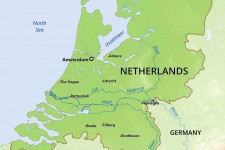 As I am getting ready to leave for The Netherlands this upcoming Thursday, I am absolutely amazed at how fast time went by. It feels like it was just yesterday that I timidly brought up the topic of study abroad to my family. I've always had the wishes of doing study abroad since freshman year. That was the first time that I learned that you could do Advanced Criminology in the Netherlands. I am a Criminal Justice major, so it caught my eye quick. I've been plotting on this opportunity for a couple years now. My friends told me about this opportunity in class and began to look more into it immediately. 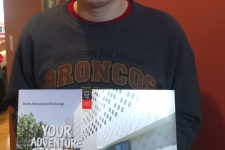 Study abroad is a unique experience. It allows students to study courses for their degree overseas and in different programs or at different institutions. Based on this alone, there’s already some sort of excitement factor. As I prepared for my upcoming abroad experience in Australia, there have been a multitude of things that I am looking forward too. Rather it be the vastly different culture and food, the different education system and learning style, or getting to meet new people, this trip has all sorts of reasons that ring excitement in my mind. 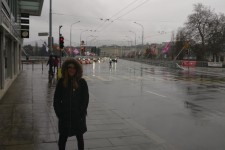 One of my European friends once told me that traveling around Europe was much like exploring the United States – all the countries being like the states with their proximity, and it is possible to go from one to another with ease. I have been profiting greatly from my downtime on weekends and utilizing that as an opportunity to explore the world. The first country I visited, apart from France, was Switzerland; I spent a weekend in two cities, Biel/Bienne and Geneva, and the other country I have seen so far was Luxembourg. 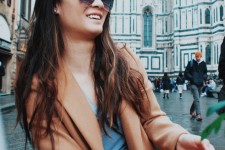 As an American, what we believe, dress, and act comes natural to us and we don’t think twice about it. However, the rest of the world around us has preconceived notions of how we act and look. Throughout my first week and half in Italy, I have noticed unintentional communication through the eyes of natives abroad directed towards me. People say natives abroad can pick out Americans by their loudness, drinking, and white tennis shoes. And believe we have a lack of respect for that country’s expansive history and culture. 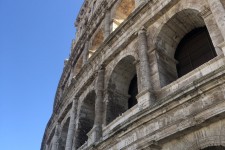 Having now been in Florence for over a month, I have begun to notice certain aspects of the culture here. Everyone walking the streets who doesn’t happen to be a tourist is dressed in some of the most high end clothing pieces from Gucci to Prada. Along with these stylish dressers, there is a specific culture within non tourist driven restaurants from the amount of food expected to be eaten to the tip at the end. 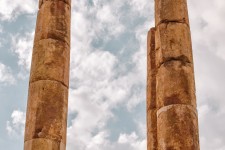 First, my wallet. It was the second day of class. I was running behind and in a hurry to make it on time. Although I don’t recall all of the details, as I was walking out of the door, I must have put my wallet into my pocket and had it fallen out during my walk because I realized that it was missing from me soon after. I wouldn’t have minded having lost my wallet as much as I did if it had solely contained my cards but I had gone to the ATM the day before and had around $250 cash inside of the wallet, (ouch) alongside my credit/debit cards, my drivers license, my Bronco ID, etc. I searched my house and the streets with no luck. I went to the police station to make a report so that if the wallet were to be found, they would know who to return it to. Sadly, my wallet has yet to be found. Rather than dwell in this, I’ve decided to move on. I want to enjoy my time here and I won’t be enjoying any time that is spent uselessly stressing.