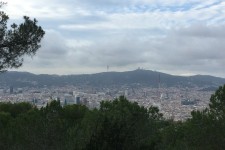 As it gets colder and rainier here in Spain, I’m finding myself falling into some of my habits from back home since it’s harder to convince myself to go outside when I can’t even see the sun. However, I still subscribe to the idea that you should adapt your life to where you are living while studying abroad. Thus I am here to teach you (and remind myself) how to take your passions abroad, or in other words, how to keep doing the things you love from home but use them as a way to explore the new culture you currently inhabit. I have some different categories of passions that I will share along with suggestions on how to modify them to fit your life abroad, many of which will give you an opportunity to be more social which never hurts in a new place for absorbing culture. 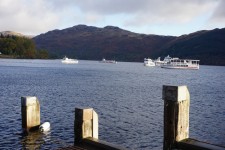 I haven’t spent a full weekend at home in Manchester since first coming to the city. As I spoke about in my last entry, travel by public transport is very simple and quite inexpensive. Manchester also has a fantastic International Society (IS) that students may have free membership with. They have organized various trips every weekend throughout the semester with discounted rates to members. My first trip outside of Manchester was to Liverpool along the coast on Sept. 29th. It was a very rainy day--don’t misunderstand me: it always rains here, Manchester is said to be the rainiest city in the country, but this was a very rainy day. 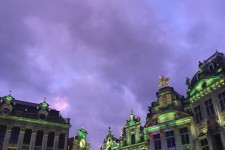 First of all, travelling alone is an amazing confidence booster. To completely manage yourself and your life in new, unfamiliar places is a great accomplishment and after/while doing so you will feel very empowered. Travelling alone also allows you to move at your own pace, which is great because when travelling with others, there will be times where you need a break and others want to keep going and vice versa which can become frustrating.

In the States, I had ridden on public transport before. The bus when my car wasn’t working and the metro in DC when I visited with my family. But before coming to Manchester, my use of public transport was never a typical thing. I’ve become so used to being able to just get in my car and go whenever and wherever I wanted to. Here, that isn’t the case--though does give the added benefit of not needing to find a place to park.

During the first few weeks in Oslo, when the honeymoon phase was in full swing, my friends and I were eager to explore every inch of the city to better understand our new home. The biggest challenge was the one person always had to be a designated navigator otherwise our group was sure to stray away from the path. For some reason, I volunteered to be navigator (what better way to improve than be forced to learn, right?) and the joke #FollowCat formed. 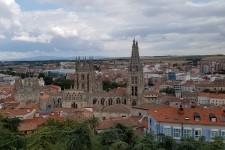 Kaitlin LaRue, Global & International Studies & Spanish Major, shares some of the reasons she chose to study abroad in Burgos, Spain! Highlights include walking part of the "Camino de Santiago", a pilgrimage to the shrine of the apostle St. James the Great in the cathedral of Santiago de Compostela in Galicia, Spai, and the friendly locals!

Hello all! My names Genna Gotts and I am a junior studying fashion design in Florence, Italy. Traveling can be so stressful sometimes especially when your traveling to a place with a different currency. If I’ve learned anything about traveling to Italy I’ve learned all about where the best currency conversion rates are. 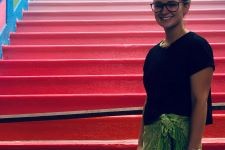 Erika Larsen discusses how Southeast Asia is a great for the budget traveler! 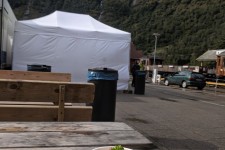 When I first arrived in Oslo, I was a bit nervous to see how expensive food of any kind was (grocery store or restaurant) and began my search for dishes that were delicious yet friendly for a student’s budget. Luckily I am a huge fan of seafood and root vegetables which happen to be staples in Norwegian diet. 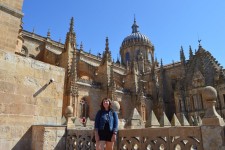 I highly suggest that everyone takes this mindset to heart when studying abroad because it is very likely that there will be less structure than you are accustomed to and there will be many more unknown variables than you have ever had before.