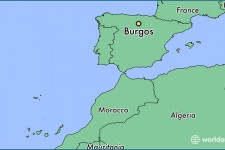 I know each study abroad experience I’ve gone on and will go on will be a different and amazing experience. However, I know one thing hasn’t changed before each study abroad experience, and that is the anxiousness and excitement of going abroad. When it comes to packing for a range of ten days to ten months, the questions that are always brought up in my head, “do I have enough or will I have enough stuff?” and the inevitable nagging of a worried mother asking, “did you pack this or that?” for the millionth time. 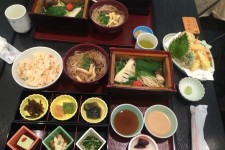 This will be my third trip to Japan, therefore you might say that I should be accustomed to the culture, navigation, and the environment, but my last trip to Japan was 5yrs ago. My first study abroad was through WMU’s Religion & Culture in Japan program. Not only did I learn about Japan’s various religions I also fell in love with traditional Japanese cuisine. 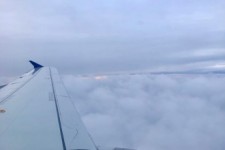 In less than two weeks, I will be starting my semester in Barcelona. As excited as I am, I also don’t feel as prepared as I’d like to be. I spent much of the spring semester thinking about Spain every day, daydreaming and preparing. 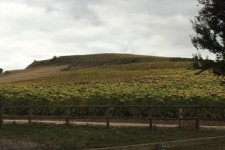 This weekend I did something I never expected myself to do. I completed two days of the “Camino de Santiago” which is a path that pilgrims took during the 12th century and onward towards the shrine of Saint James. 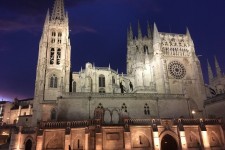 Well, it’s been a week since I arrived here in Spain and it simultaneously feels like it’s been just a minute and an eternity. So far, I’ve spoken more Spanish than I probably did during all of my last semester in the United States. 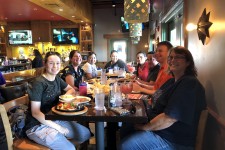 When I signed up to study abroad, it was obvious to me that it would impact me positively while I was away. I never anticipated how studying abroad would impact me before I even left. 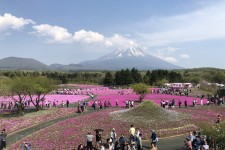 Grace Gettig Reflects on her time abroad in Japan. Check out 8 things she learned about herself- and the world at large- by stepping out of her comfort zone! 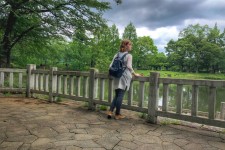 I want to share my thoughts on wrapping up my study abroad with you guys, but I realized that I have so much to say, so I decided to break it up into a 3-part series. Now, I’m going to share my Japanese language journey from when I first arrived in Japan to returning home. The other parts will be about my final speech I gave at the closing ceremony for my language program at Daito Bunka University, and life lessons I learned while studying abroad. Stay tuned for those! 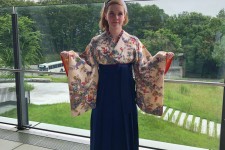 At the end of the exchange program at Daito Bunka University, all of the students that are leaving that semester are required to give a speech in Japanese. I was terrified to do so, but I gave it my all.

The speech is basically a way for all of the students to show off what they learned. Even students that didn’t study Japanese before coming to Japan, they were able to simple yet very sweet speeches. 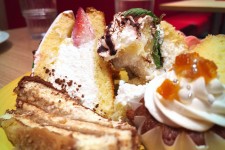 My classmate’s friend told her about a place not far from our university that offered all-you-can-eat sweets for really cheap. Of course, we HAD to go check it out. The place was called Sweets Paradise. I believe it’s a chain, but we went to the one in Lalaport Mall in Fujimino.