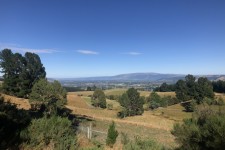 I’m sure most of you know by now, but if you don’t…surprise I’m in New Zealand!  I arrived on Friday (well, actually Thursday if you are in the U.S.), and will be here until the end of June studying at the University of Otago in Dunedin. 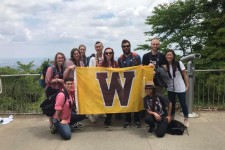 My name is Madeline Burda and I participated in a Japanese religion and culture study abroad program. Upon arrival to Japan, hearing a different language that you have only been studying for two semesters is very nerve wracking, but Japan is very accepting to anyone who is willing to try. 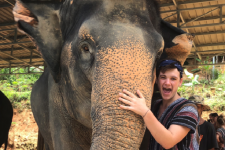 While our group was in route to Chicago to board our 15-hour flight to Hong Kong, we had a startling realization that a time delay for our flight meant we would miss the flight to Bangkok, leaving us stranded in Hong Kong for a night. We would be in a place we had never been and never intended on staying without the comfort our professors being present. 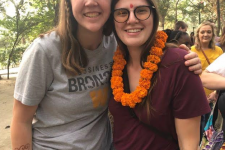 Waking up Thursday December 20th was like every other day. We had a four-hour bus ride from Agra to Delhi. The only thing on our itinerary for the day was visiting Gyan Shakti Vidyalaya (GSV), an after-school program for children 3 to 16 years old. GSV was our final NGO (non-governmental organization) we were visiting for the trip. Prior to heading to the school, we stopped for lunch, did a little bit of shopping, and got a little lost in the city. 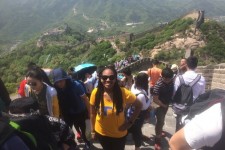 The vision of reshaping the world around us and preserving this magnificent world for future generations inspires and encourages me to learn as much as I can about the earth. Studying in China gave me the opportunity to further my academic study in a foreign country and absorb alternative view on urban and cultural geography, that’s necessary to correspond to recurring issues such as globalization, urbanization and water management. 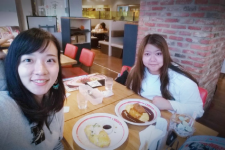 Japanese people are early birds. Most usually eat breakfast at around 7 or 8 in the morning. Breakfast portions tend to be small, since most Japanese people have to arrive to the train station on time to get to their desired destination. A typical Japanese breakfast consists of steamed rice, miso soup, which is made out of fermented soybeans, a protein, mainly grilled fish, which is a big part of their diet, and various side dishes. 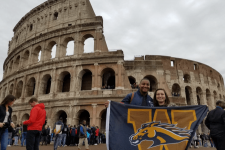 Traveling overseas may seems like it’s such a long shot, especially for minority youth like myself or young people in general. Don’t get me wrong, getting the opportunity to do it doesn’t come very often. It can be expensive and awfully stressful even considering traveling. As a child I always wanted to travel but I never thought I’d have the funds too nor did I believe I would be brave enough to go through with it. As I grew up, I realized that the things you want to do in life will always present themselves one way or another. 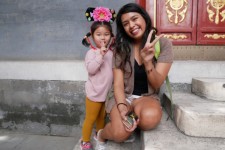 I traveled to China to study abroad in Beijing, one of the largest cities in the world for a semester all by myself. My study abroad experience had to be one of the hardest challenges I have faced in my years at Western Michigan University. I had to assimilate to a different culture including the way they eat, policies, and currency. 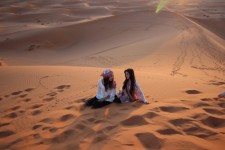 At the beginning of my semester, I wrote 5 questions that I hoped I would be able to answer by the end of the semester. Naturally, nothing went as planned. The streets looked nothing like how I pictured them, and I could have never predicted the sheer uniqueness of Moroccan culture. 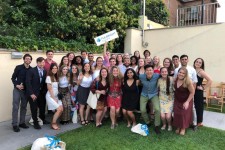 Thank you to WMU Study Abroad for allowing me to share my Fulbright experience on this blog, and thank you, dear reader!