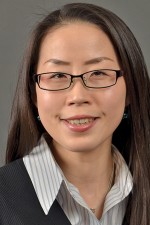 Yumi Takahashi-Ede is a native of Japan and came to Western Michigan University as an international student after she graduated from Gakushuin University in Tokyo, Japan. She holds a bachelor’s degree in English and American literature from Gakushuin Univeristy, a graduate certificate in gerontology from WMU, and master’s degrees in counseling psychology and in comparative religion from WMU.

Takahashi-Ede began teaching Japanese language classes in 1998 and gerontology classes in 2004 at WMU, while working on her master’s degrees. Through her teaching experience she grew to love working with students and supporting them with their academic success. She joined the College of Arts and Sciences Undergraduate Advising office in 2007 as an academic advisor and became an assistant director on retention in 2014. She worked on various retention initiatives at the college level as well as at the university level, while having continued to serve in a variety of advising roles.

Takahashi-Ede joined WMU Study Abroad as a study abroad specialist in April 2016. She is a native speaker of Japanese. Ever since she began learning English at the age of 13 in Japan, she has held a strong interest in studying abroad. Her dream finally came true when she came to WMU to pursue master’s degrees. She looks forward to sharing her passion for studying abroad with WMU students and faculty and assisting them with their study abroad experience. In her free time, she enjoys spending time with her family, her friends, and her two dogs, and traveling abroad.