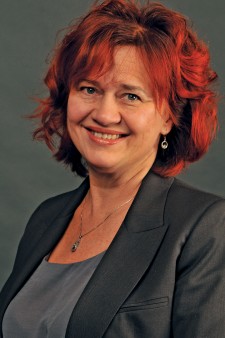 Dr. Tetyana Koshmanova, professor in secondary education, presented at the 2012 European Conference on Educational Research held in Cadiz, Spain in September. The intent of this conference was to promote the need for educational research to champion freedom, education, and development for all. Dr. Koshmanova presented her mixed-method study titled, "Teaching Cultural Diversity of Ukrainian Teacher Candidates: Research Evidence that Matters." Several months earlier, Dr. Koshmanova was featured as a guest speaker at the International Conference on Professional Education in the Twenty First Century in Siberia, Russia where she identified factors of productive learning environment in teacher education classrooms for pre-service teacher self-development in the United States. Additionally, she presented her qualitative research titled, "Central Challenges and Prospects of Teaching Democratic Citizenship in the Emerging Civil Society" in San Juan, Puerto Rico. 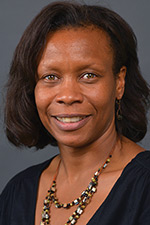 Regena Fails Nelson, interim chair of the Department of Teaching, Learning and Educational Studies, presented a paper titled: The Use of Video as a Reflective Tool in Early Childhood Teacher Preparation at annual Education and E-Learning Conference in Bali, Indonesia in September. 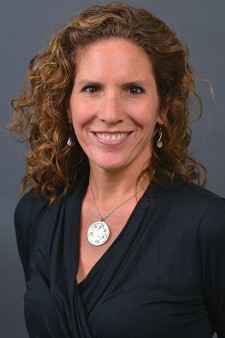 Radio listeners across Michigan will be entertained by a Western Michigan University professor Saturday, Oct. 27, when she is featured on her own one-hour special on Michigan Radio.

In addition to being host and co-producer, Allison Downey, WMU associate professor of education, also will perform on "The Living Room," airing from 4 to 5 p.m. this Saturday and again from 3 to 4 p.m. Thanksgiving Day, Nov. 22. The show will air in West Michigan at 104.1-FM, in the Ann Arbor-Detroit area at 91.7-FM and in the Flint area at 91.1-FM. People also may listen online by visiting michiganradio.org and clicking on the "listen live" button.

Downey was approached by Michigan Radio to develop a pilot radio program after her storytelling performance for The Moth Mainstage event in June 2011 at the Power Center in Ann Arbor. She developed the concept for the one-hour pilot as a theme-based celebration of Michigan and Michiganders through story, song and poetry. She sought out storytellers, musicians, historians, museum curators and everyday people with exceptional stories as advisors and contributors to develop themes for multiple shows.

With the help of award-winning, multi-media producer Zak Rosen, Downey built the pilot episode around the theme of migration. The first segment features a humorous take on her own story of moving to Michigan and closes with her new, original song "In Michigan (Begin Again)." Rosen's work has aired on the BBC, National Public Radio and Public Radio International.

The next segment features a historical story about a free African American family's journey by foot from North Carolina to Covert, Mich., in the 1840s as told by a descendant and historian Anna-Lisa Cox who recently presented a lecture for WMU’s history department. The final segment celebrates the music of Joshua Davis of the band "Steppin' in it." The process has been a positive one for Downey: "I am so grateful to Michigan Radio for this incredible opportunity and their vision in conceiving of and directing this project. I have been a Michigan Radio fan for the ten years I've lived here, and it is a true honor to contribute to their high quality programming. I greatly appreciate the support from WMU in translating my sabbatical research into creative work."

In addition to being featured as a storyteller at festivals, conference, and national events including The Moth, Story Collider and The Liar Show, Downey is an accomplished singer-songwriter. An Associate Professor in Education, Downey leads workshops in creativity, storytelling and arts integration.

Michigan Radio is an award-winning National Public Radio affiliate with 500,000 listeners each week.

Teaching, learning and educational studies professor, Allison Downey will be performing September 20 at The Gem Theater in Detroit. She will be one of ten storySLAM winners competing in The Moth's 4th annual Michigan GrandSLAM Championship. The Moth is dedicated to finding intriguing people to tell inspired true stories. Downey recently conducted a comparative analysis of contemporary American Storytelling genres for her recent sabbatical research. She lived in NYC and focused primarily on documenting The Moth and other urban storytelling events, conducting interviews, and ultimately performing at numerous events around the NYC area. She taught a Storytelling Course for The Moth at a high school in the South Bronx. Upon returning to Michigan last summer, she toured in the first Michigan Mainstage Moth on the Road series, performing sold out shows at St. Cecilia's in Grand Rapids and The Power Center in Ann Arbor.

Downey's storytelling abilities have attracted nationwide attention. She was a featured teller at 2012 Ann Arbor Storytelling Festival and Northlands Storytelling Conference. One of her stories was mentioned as a favorite this year in a New York Times blog on the storytelling project Story Collider, in which scientists and people affected by science recount 10-minute science-themed stories in front of a live audience. Downey was singled out for her story about how she and her psychologist husband engage in the classic debate: Raise their son by listening to the latest research, or to their instincts? Downey has performed for Story Collider in both Brooklyn and Ann Arbor. Downey also leads storytelling workshops for organizations, schools, and individuals.

On March 29, 2012, Dr. Tetyana Koshmanova was the keynote speaker for the International Education Conference on Professional Education in the 21st Century: Strategies and Perspectives of Development and International Cooperation in Novosibirsk, Russia (March 25-31). Based on qualitative analysis, the study identified factors of productive learning environments in teacher education classrooms for pre-service teacher development. The paper explored the impact of globalization, new informational technologies and the new culture of capitalism on critical aspects of teacher preparation. During March 25-31, 2012, while visiting universities of Eastern Siberia (Novokuznetsk, Kemerovo, Yurga and Novosibirsk), Dr. Koshmanova also gave ten presentations for students and faculty on the issues of international cooperation and professional education of teachers in the 21st century.

On April 23, 2012, Dr. Tetyana Koshmanova presented her paper, "Central Challenges and Prospects of Teaching Democratic Citizenship in the Emerging Civil Society" at the 56th annual conference of the Comparative and International Education Society (CIES 2012) in San Juan, Puerto Rico, hosted by Pennsylvania State University College of Education and University of Puerto Rico. Based on the findings of her sabbatical research project entitled Socio-Cultural Perspectives on Teacher Education for Democratic Citizenship in Eastern Europe (2009-10), Dr. Koshmanova investigated the method of developing teacher candidates' beliefs towards this issue. She specifically analysed learning experiences of teacher candidates as they reflected on their democratic citizenship practices before and after peer mediation. The study also utilized research findings of cultural-historical theory of activity on socio-cognitive conflict to inform the field of teacher education for democracy. 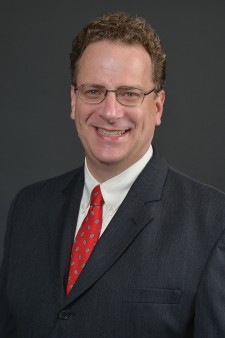 In April, Dr. Muchmore presented a paper at the annual meeting of the American Education Research Association in Vancouver, Canada. The paper was entitled "Program Chair Lore: Illuminating the Process of Creating the S-STEP Program for the Annual Meeting of AERA."

Faculty Given Recognition at WMU Excellence in Diveristy Awards Ceremony

Jeffrey Jones, Allison Kelaher-Young, Dini Metro-Roland, and Jodi Palmer were given special recognition at this year's WMU Excellence in Diversity Awards ceremony on April 11 for their work with the Division of Multicultural Affairs Service Learning Programs in Kalamazoo Public Schools. Students enrolled in classes with these professors work with K-12 students in after-school tutoring programs designed to support college access. The first semester the program was piloted, there were 22 service learners that served 60 youth compared to the current spring semester that there are 80 service learners that have served 572 youth in the Kalamazoo area.

The Kappa Delta Pi students participated in the event, Literacy Night at Spring Valley Elementary. Both KDP and Kalamazoo Public Schools had booths that offered goodie bags, a literary scavenger hunt and a bookmark making activity. 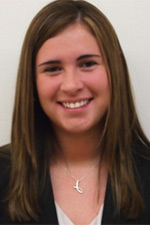 Jessica Rush of St. Joseph was named a Presidential Scholar in Teaching, Learning and Educational Studies. Rush, who graduated in December 2011, has a major in Early Childhood Education and minors in Math and Language Arts.

Teaching, Learning and Educational Studies associate professor Allison Downey will be featured at the Ann Arbor Storytelling Festival at The Ark Saturday, February 18 for the adult show and February 19 for the children's show as the regional talent. This is a result of Downey’s sabbatical work last year in Storytelling.