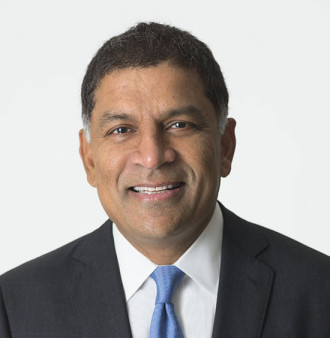 Vivek Sankaran is the CEO of Albertsons Companies, Inc., which operates under multiple banners; such as Albertson's, Safeway, Jewel-Osco, Acme Markets, Vons, Randalls and more. Sankaran joined Albertsons Companies, Inc. in April 2019 and previously served as CEO of PepsiCo Foods North America. Prior to that, he served as the company's president and chief operating officer, a position he was named to in 2016. Over his 10-year career at PepsiCo, in addition to leading Frito-Lay, Sankaran also served as the chief commercial officer for PepsiCo North America, chief customer officer of Frito-Lay and as the senior vice president of strategy for PepsiCo.

Before joining PepsiCo in 2009, Sankaran was a partner at McKinsey and Company, where he served various Fortune 100 companies with a strong focus on strategy and operations. He co-led the firm’s North American purchasing and supply management practice and was on the leadership team of the North American retail practice.