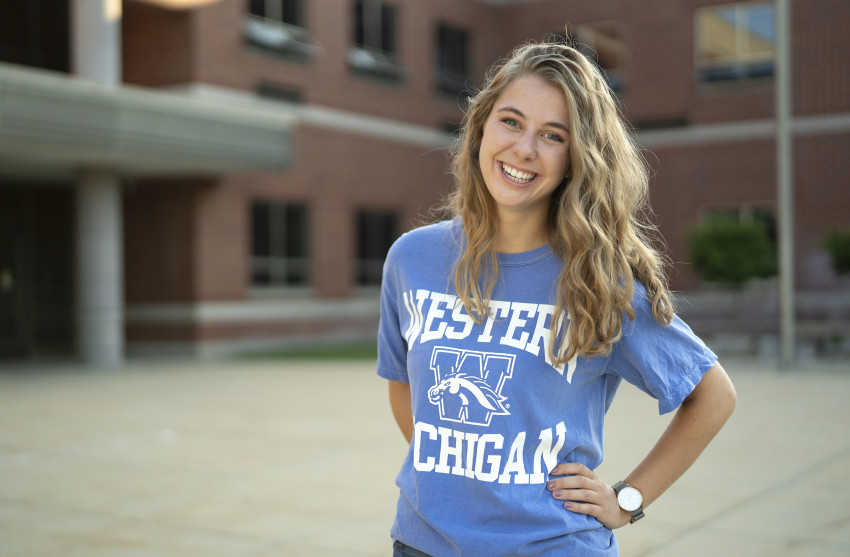 MATTAWAN, Mich.—Mattawan High School graduate Brooke Hinz has spent much of her life giving back to others. The 18-year-old launched a distracted driving campaign that was recognized by the state of Michigan. She also was a peer leader in high school, a member of Big Brothers Big Sisters and National Honor Society, and she has spent countless weekends performing community service.

In the spirit of putting others before herself, now Hinz wants to spend the rest of her life giving a voice to the voiceless as a pediatric speech pathologist. To that end, she begins her studies at Western Michigan University this fall.

“I want to make sure that especially kids have that opportunity as they grow up to use their voice and be heard,” she says. “My third grade teacher was a really big inspiration to me, showing how much of an impact an educator can have on somebody. Ever since then, teaching was kind of on my mind, but then I saw this opportunity.”

Hinz spent months job shadowing a friend’s mother, Katy Harman, who is a speech pathologist and a WMU alum. After seeing the impact her mentor was having on patients, Hinz says she knew this career path was the right fit. 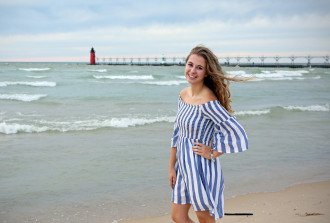 This fall, the future Lee Honors College scholar is joining the Speech, Language and Hearing Sciences program, one of the first of such programs in the country and consistently ranked among the top 50 in the nation. While earning her bachelor’s degree, Hinz will engage in research and service activities in the department’s numerous research labs and the Van Riper Language, Speech and Hearing Clinics.

“Since the day that I stepped on campus for a tour, (I’ve noticed) everyone just loves where they’re at,” she says, noting WMU is the most welcoming school she visited. “Everybody that I talk to is really encouraging and says how much they love the campus and the feel.”

In addition to being a leader in the nation’s speech pathology programs, the University offers Hinz something no other school could—a family connection to the brown and gold. Her sister is currently studying nursing at WMU, and her grandmother graduated in 1964 with a degree in education.

“I am proud to become a Bronco to continue the legacy of all of the people that have chosen Western before me,” she says. “To think some of the greatest role models in my life received the same education I am about to experience gives me the hope that I, too, will continue that Bronco legacy I’ve always admired in them.”

Hinz has learned the true value in the ability to communicate and connect with peers. In spring 2018, she spearheaded a distracted driving campaign called “Every Distraction Limits Reaction” through Strive for a Safer Drive. She says when she learned the Centers for Disease Control and Prevention identifies the top cause of death for teens as motor vehicle accidents, she knew she couldn’t ignore it. 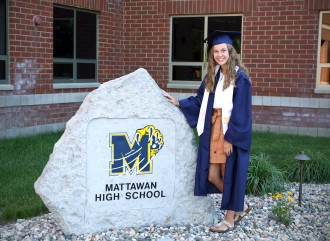 “That’s something that’s shocking to me and definitely needs to be changed,” says Hinz.

The daughter of a Michigan State Police trooper, Hinz leaped into action to raise awareness about the dangers of distracted driving through guest speakers, posters and driving simulators, reaching more than 1,200 students at Mattawan High School.

Her hard work on the project was rewarded with the 2019 Student Outstanding Traffic Safety Achievement Award from the state of Michigan. It’s a true honor and looks great on paper, but Hinz says her main goal was always “saving a life.”

“It was a lot of work, but it was definitely worth it,” she says, adding her mission to reach hundreds of students made her step out of her comfort zone. “It helped me grow as a leader and understand that I am able and capable to do things like that, that I didn’t know.”

“Now it’s kind of my passion to help people find their voice and use it. Especially since I’ve been a leader in the community, I want to make sure that everybody has that opportunity.”