WMU alumni, Julio Foliaco, returned to campus in 2018 to reminisce on his college experience.

Foliaco graduated from Western Michigan University in 1988 with a master’s degree in development administration and is currently a faculty member at one of the top ten universities in Latin America, the National University of Colombia.

Foliaco, returned to campus in 2018 to reminisce on his college experience. Foliaco treasures his experience at WMU and uses his degree to set himself apart as a higher education professional. Few Colombian professors have graduate degrees from the United States, said Foliaco, making his degree and experience from WMU unique. 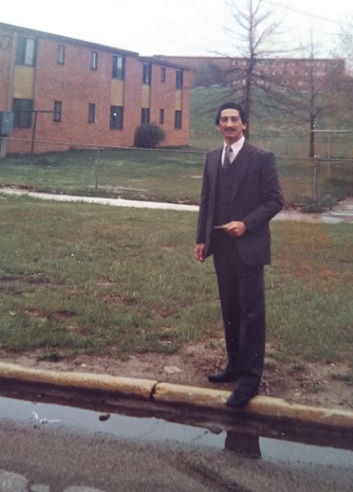 Foliaco experienced U.S. American education as an educator as well as an international student, teaching human resources and administrative theory at WMU while taking classes. Foliaco was no stranger to teaching, serving as a professor at the National University of Colombia for 25 years before coming to WMU.

Foliaco's journey at Western Michigan University started when he received a scholarship from the University of Colombia to obtain his second master's degree in the United States. Foliaco received his Master’s of Business Administration, his first master's degree, in 1980 from EAFIT University in Colombia.

Arriving on campus in 1986, Foliaco began his program in the Center for English Language and Culture for International Students (CELCIS), studying English vocabulary and grammar and meeting people from around the world.

“CELCIS was a good experience. I have to talk about Robert Dlouhy [my teacher] who was my reference point. You remember people, not buildings. You remember how you are treated and the relationships that you had."

Being older than the majority of the students made it difficult for Foliaco to build connections with his fellow classmates. It was Foliaco's background as a professional soccer player in Colombia that allowed him to meet students he shared interests with. His skill in the sport, explained Foliaco, meant that everyone wanted him on their team, giving him a sense of belonging at WMU.

"Soccer saved my life! It was the way to make friends. " Foliaco said 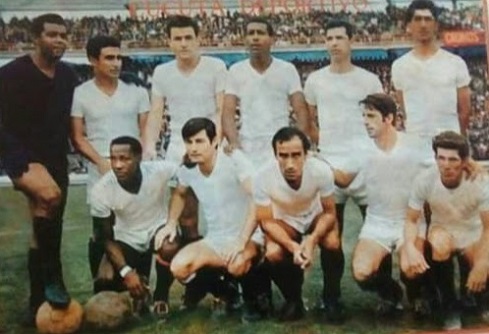 Besides soccer, Foliaco got involved around campus and in the community by being a student employee at WMU as well as taking jobs off campus. Foliaco spent a lot of his time at WMU in the library and student center, only recently renamed the John T. Bernhard Center after the late WMU President.

Due to his background as an educator, Foliaco felt the most at home in Kalamazoo while teaching.

"The happiest day I had here was when my American classmates and I were waiting for the professor to come to class. A group of students came to me and asked me to explain the homework to them. I felt like a human being again, I was on the correct track, it made me very happy," Foliaco said.

Since graduating from Western Michigan University, Foliaco has been successful in his field, publishing over 20 articles, essays and reviews and working as an educator. During his time at Francisco de Paula Santander University, he served as director of virtual programs in local development, the dean of business sciences and in senior administrative and academic positions. In 2002, Foliaco was a visiting professor and conference attendee at the University of Nova Scotia. Foliaco received a Specialist degree in Management Systems at the Francisco de Paula Santander University in 2005. Also, from 2012 to 2017 Foliaco was a consultant for the Colombian Ministry of Education.