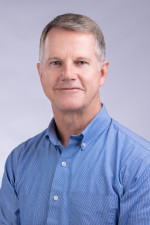 Bill Kurtz is a licensed CPA in the State of Michigan and has been since 1982 after earning his B.B.A. in Accountancy from WMU. He has held accounting and financial management positions with companies in a variety of industries but primarily in banking. Kurtz entered higher education in 2008 as chief financial officer for a private liberal arts college in mid-Michigan. While there he had the opportunity to guest lecture at University of Michigan in a course on budgeting for higher education. Around the same time, he began teaching accounting and tax courses as an adjunct instructor. Through these experiences, Kurtz realized he had a passion for teaching, especially introductory accounting classes. He is a member of the Michigan Association of CPAs and has volunteered with several nonprofits including Habitat for Humanity, Rotary, United Way, Children’s Museum of Branch County and Branch County Sheriff Reserve.