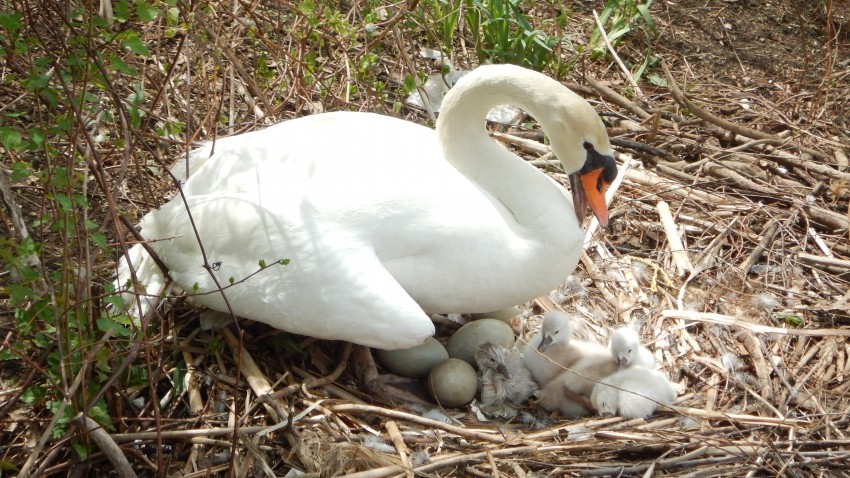 Swans are one of the many bird species that dwell in the Asylum Lake Preserve.

Swans are one of the many species that dwell in Asylum Lake Preserve.
In 2009, Native Connections performed an ecological assessment of Asylum Lake Preserve. The goal of the study was not to duplicate past efforts but to build on prior work and provide a cohesive vision for the management of the preserve's natural features.

The study was divided into three focal areas:

The qualitative assessment focused on vascular plants and birds, as they are easily censused and meaningful indicators of habitat quality. A total of 455 plant species were documented. More than 70 percent are native species, and 119 are newly reported at the preserve. The dominant tree species in the forest is wild black cherry, though white and black oak are prominent in the canopy, and red oak and pignut hickory are also common. Collectively, the invasive shrubs glossy and common buckthorn and bush honeysuckle dominate 60 percent of the forest understory, resulting in low understory diversity. Between the years of 1976 and 2009, 117 bird species were recorded at Asylum Lake Preserve. The study done in 2009 observed two previously undocumented species, the Henslow's Sparrow and Pine Warbler.

Bush honeysuckle (Lonicera maackii) —native to parts of Asia, this plant was planted in the United States to try to control erosion. However, the plant creates a threat of choking out diversity in its non-native ecosystem. The bush honeysuckle produces red berries that are slightly poisonous.

Glossy buckthorn (Frangula anlnus)—The glossy buckthorn is found in Eurasia, and at one time, was commonly planted in the United States as a hedge. But this plant is very invasive, and therefore dangerous to the Asylum Lake ecosystem. Its leaves come out early in the spring and stay until late fall, shading out the surrounding native plants. 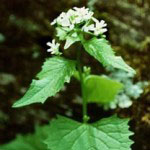 Garlic mustard (Alliaria petiolata)—native to Europe, this plant was introduced in the 1800s for use in food and medicine. Garlic mustard forms dense stands that can shade out native plants and also produce chemicals that inhibit the seed production of other plants. It is recognizable by the garlic smell that it gives of when the plant is crushed.

"An Ecologic Assessment of the Asylum Lake Preserve"