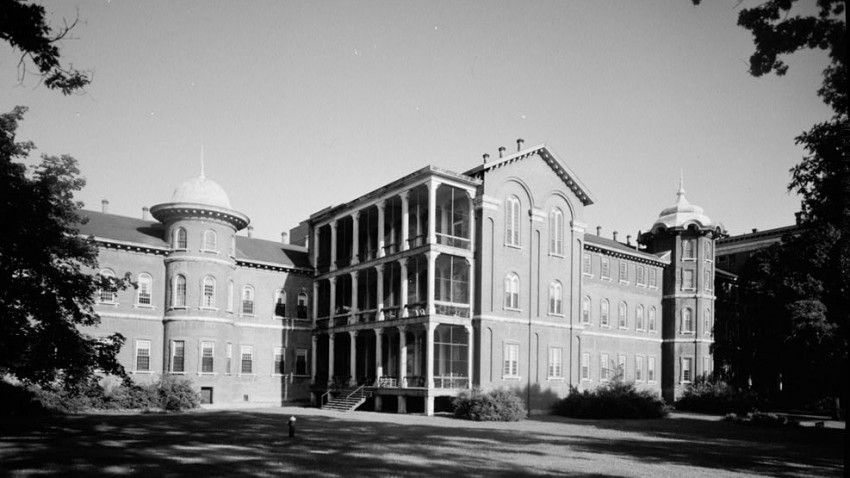 The main buildings of the Michigan Asylum for the Insane (later re-named the Kalamazoo State Hospital) were constructed in the mid to late 19th century as Kirkbride Buildings. Although the Kirkbride buildings no longer exist, the state hospital is still a prominent historic figure in Kalamazoo, Michigan. Several miles away, a farm owned by the Hindes family located to the west of Drake Road and north of Parkview Avenue was purchased by the Kalamazoo State Hospital in 1887. The Asylum Lake property was also purchased later that year from the McMartin family. This land was to be used as a working farm for the patients to be modeled under the "Kirkbride Plan".

This Colony Farm was designed to have the look of vacation homes in which patients could benefit therapeutically from working on a farm and enjoying the outside environment. Five cottages were constructed on the Asylum Lake property along with a heating plant, a pump house and a sewage disposal plant. It remained in operation until 1969 when it was phased out. In 1971, the buildings were demolished and the state of Michigan transferred the land to Western Michigan University.